How prevalent is multifamily throughout the Charlotte region? 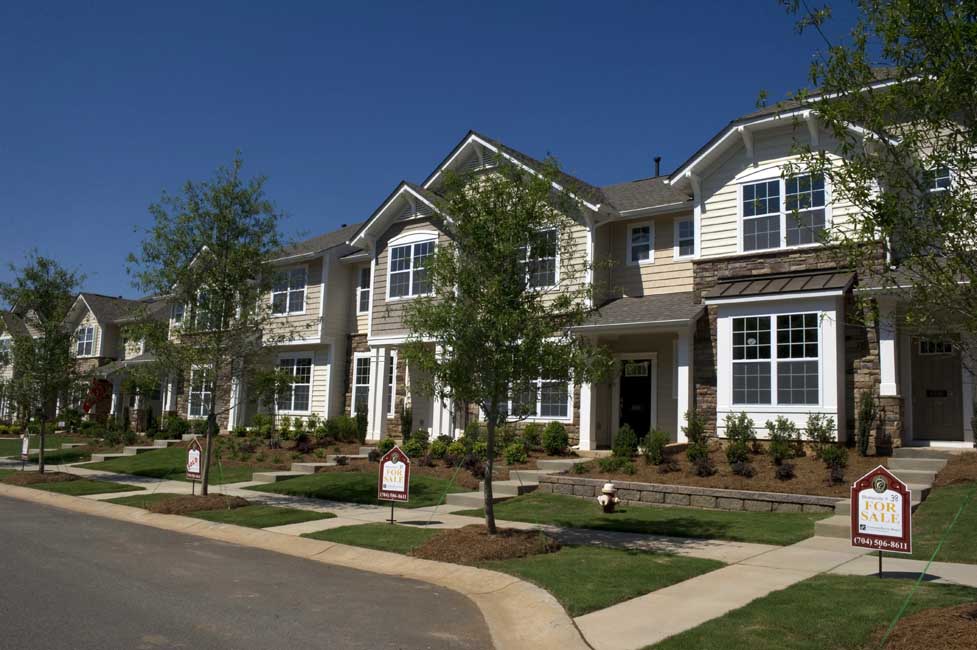 The old planners’ joke is that Americans hate two things for their cities—urban sprawl and high density.  The joke, of course, is that developing at low densities, such as one house per acre or half acre, spreads the same amount of housing across more acreage—in other words, sprawl.

Higher-density development—typically multifamily—has been a topic of increasing interest locally and nationally. The City of Charlotte, facing a rapidly expanding population (See “Charlotte and Raleigh top U.N. list of fastest-growing large U.S. cities”), has pushed for higher-density and infill development, usually multifamily. A flurry of apartment projects uptown and in nearby neighborhoods such as South End and Plaza Midwood is provoking criticism of the projects’ height and design and of the demolition of older buildings housing local businesses. (See “Trying to answer ‘Why are all these new buildings so ugly?’”  and “Watch out for ‘tyranny of the normal,’ planner warns.”)

Nationally, some planning and zoning experts point to zoning restrictions that limit development as one cause of a lack of affordable housing in many metros. “Economists and other public policy experts across the political spectrum have come to realize that zoning rules are a major obstacle to affordable housing and economic opportunity for the poor and lower middle class,” George Mason University law professor Ilya Somin opined recently in the Washington Post.

With a population increase of 35 percent projected by 2030 for the Charlotte-Concord-Gastonia metropolitan statistical area (the MSA covers Mecklenburg and the surrounding nine counties), where will newcomers be housed? How much of what is being developed now is low-density, single-family housing versus multifamily? With multifamily development drawing plenty of attention in Charlotte, the UNC Charlotte Urban Institute decided to see whether multifamily housing is evenly spread through the city and region.

The institute looked at census tracts in the 14-country Charlotte region, using data from the American Community Survey 2013 five-year estimate. Multifamily housing was defined as having two or more units per structure. The number of multi-unit structures was compared to the total number of housing units for each census tract, and the percentage of multifamily units was calculated. The interactive map below shows the concentration of multifamily dwellings in the region.

(You can zoom in for a closer look. Click on a census tract to see the percentage of multifamily housing units there. Note: Census tract lines do not necessarily follow city limit lines for municipalities. Also note that the CartoDB base map used below has some inaccuracies that cannot be corrected, such as "South Gastonia," which is not a municipality, and a mislocation for Mountain Island Lake.)

As you would expect, areas far from Charlotte and not near other municipalities—such as western York County, S.C., or rural Iredell County north of Statesville—have little multifamily housing. Not surprisingly, most of the region’s multifamily housing is in Charlotte, whose population of about 800,000 dwarfs the other counties and towns. In several Charlotte census tracts more than 80 percent of the housing is multifamily.

But while population growth is rapid in many areas closest to Charlotte, almost all the new development there is single-family housing. Few of the towns most closely surrounding Charlotte offer much multifamily housing—and some of their adopted plans even discourage it.

For example, the three Union County census tracts abutting Mecklenburg and taking in much of Marvin and Weddington show a combined total of 13 multifamily units. In those towns as well as nearby Wesley Chapel, Waxhaw and Mineral Springs, only about 1 percent of all housing units are multifamily. Hemby Bridge and Lake Park, other Union County municipalities just outside Mecklenburg, top out at 4 percent. In Mecklenburg County, most of the Mint Hill census tracts show zero multifamily housing. Harrisburg perched on the Mecklenburg County line in Cabarrus County has little multifamily outside of its town center.

“This is no way to grow a region,” says Deb Ryan, an associate professor of architecture and urban design at UNC Charlotte and a member of the Charlotte-Mecklenburg Planning Commission. “But until multifamily development is no longer seen as the source of so many urban ills, there is little chance these patterns will do anything other than intensify.”

The land use plans in some communities discourage multifamily by emphasizing the wish to maintain the area’s traditional look. The 2003 Land Use Plan for the Village of Wesley Chapel, for example, states, “The standard housing type will continue to be single family residential. Low-density residential development, approximately 1 house per acre, should be the standard except at specifically designated locations.” (A recent update to that plan and the zoning ordinance makes an exception for senior housing and would allow duplexes and four-unit “pinwheel” buildings up to four units per acre.)

The Village of Marvin states in its Land Use Plan in October 2004 that its goal is “to maintain Marvin’s small-town Village flavor through low-density (i.e., one unit OR LESS per gross acre) residential development.”

Similarly, Weddington’s 2013 Land Use Plan states it wants to “retain the character of the community by ensuring that new residential development consists of single-family homes.” 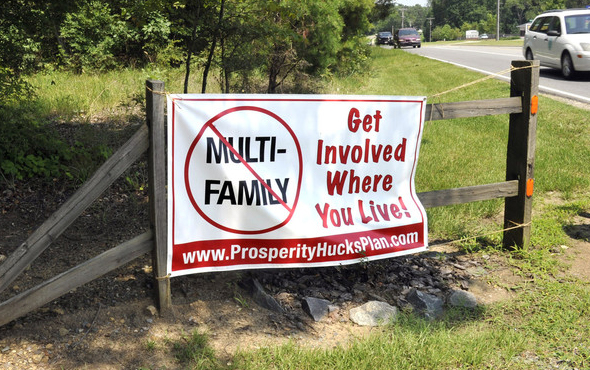 In Waxhaw, south of Weddington, some recent proposals for multifamily development have attracted criticism, according to an article in Union County Weekly.

“Nobody in this town wants 233 apartments in the middle of Waxhaw, and you all need to find some way to stop it,” resident Kay Carnes yelled at the town commissioners during an Oct. 27 meeting. She said she believed the proposed apartment project would eventually become government-subsidized housing.

Waxhaw’s leaders are concerned that they need to attract more young people, and they have said multifamily can help lure the Millennial generation.

Other communities have included multifamily housing in their land use plans. Davidson’s Comprehensive Plan in August of 2010  states, “Artists, young professionals and new graduates are looking for alternative housing choices. Co-housing, cottage-style housing, lofts, and rental apartments are attractive options to the creative class.”

Michelle Nance, planning director for the nine-county Centralina Council of Governments, says many communities in the region are encouraging infill in their downtowns to boost 24-hour activity. Examples she cites are Statesville, Gastonia, Concord, and Davidson. She also pointed to mixed-use centers such as Baxter in Fort Mill, S.C., which offers multifamily as well as single-family options.

Charlotte also sometimes sees resistance to multifamily.  Planning commissioner Deb Ryan notes, “As a member of the Charlotte-Mecklenburg Planning Commission, I often see residents of single-family neighborhoods arrive en masse at City Council meetings to protest a proposed multifamily development. They wear their matching T-shirts, wave their matching signs and share their concerns with council about increased traffic, inadequate parking, overcrowded schools, potential flooding and the removal of trees. They often worry about their property value being negatively affected by nearby rental property, or fear for their safety from these new neighbors. The end result is that the region becomes a series of ghettos where owners and renters are separated not by walls but policy.”

Discomfort with housing density can arise even for single-family neighborhoods. Tyrel “Tink” Moore, a professor of planning at UNC Charlotte and former member of the Harrisburg Planning Commission, said many residents there resisted even the idea of clustering houses to preserve open land. “I would try to explain to community members how 30 homes need not take up all 30 acres of land but instead place the homes on smaller lots and cluster development to help preserve the natural land.

“But for some reason this logic made little sense to local community members.” 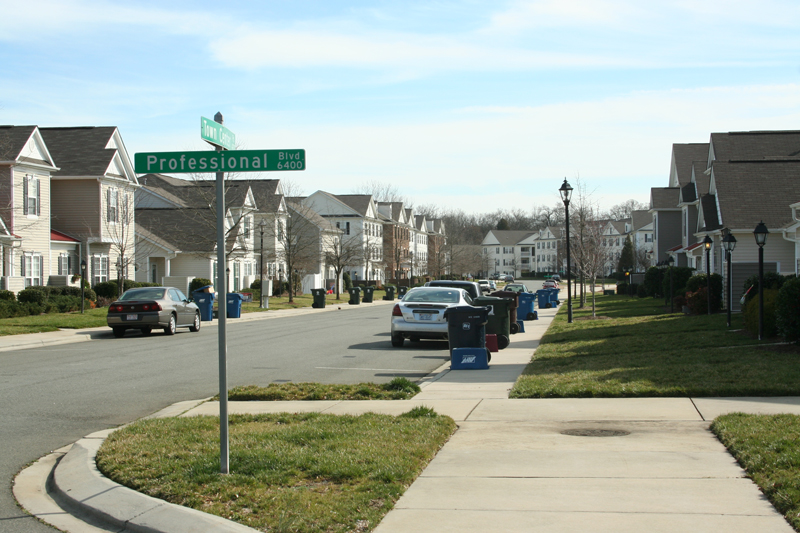