A look back on a year that left us more or less where we started, and trying to guess where we’ll go from here 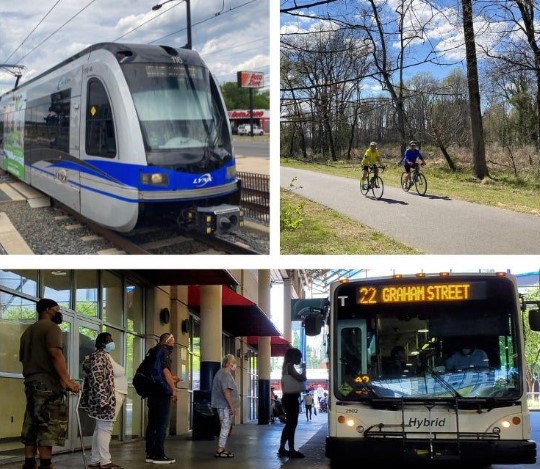 As 2022 drew to a close, Charlotte’s transit ambitions appeared to be pretty much where they started the year: in limbo.

There’s been progress on some of the incremental question marks about how we get from here to there. The route for the planned Silver Line is coming into focus, some express bus routes canceled early in the pandemic have been restored and, thanks to the city’s latest bond approval, there’s some more funding for sidewalks and bicycle lanes.

But all of the biggest questions are still murky — some even more so than when 2022 began. How will Charlotte pay for its estimated $13.5 billion transit and transportation plan? How long will it take to build, and how many people might ride the expanded system? What should the new uptown bus station look like? And who will lead CATS, after the departure of CEO John Lewis?

Here’s a look back at four of the biggest storylines this past year, and what’s coming next:

Where will the money come from?

Charlotte isn’t really any closer to figuring out how to pay for Charlotte MOVES (or whatever name is chosen for the next regional iteration of the transportation plan) than when it unveiled the plan two years ago. There’s the same broad consensus that Charlotte needs a major revenue source — almost certainly a 1-cent sales tax, on top of the existing half-cent sales tax — to fund the plan’s signature project, the Silver Line. That east-west light rail alone is projected to cost $8.1 billion, according to the back-of-the-envelope estimates we’ve seen so far.

Local leaders are blunt: We won’t see a major transit expansion without such a new funding source. Lewis said at an October forum that the Silver Line and Red Line commuter rail are “not possible without a new funding source,” just one such example. Smaller amounts like Charlotte’s recently passed $50 million transportation bond will fund more modest measures, such as a few miles of new sidewalks each year.

What’s missing is any sort of major lobbying push to get such a sales tax through the Republican-controlled General Assembly (which must OK putting it on the ballot) or a prominent effort to build support among Mecklenburg County voters (who would then have to OK the sales tax in a referendum).

What’s ahead next year? Elections in 2021 and 2022 slipped past without any serious move towards voting on a sales tax. Absent some major change, it doesn’t look likely at the moment that Charlotte’s municipal elections in 2023 will be any different. Look for Charlotte leaders to retool their transit ideas, build some regional support and come back with a renamed plan — perhaps one that focuses more on cheaper options, like bus transit — before they truly go for a sales tax.

Where are the riders?

It’s the biggest unanswered question so far in Charlotte transit: Where did all the bus riders go?

When Covid first struck, the answer seemed obvious: People stayed home, and ridership fell off a cliff. But as the economy reopened, the riders didn’t return. And they’ve stayed away. As WFAE’s Steve Harrison reported, that’s actually part of a long-running trend, one that predates the pandemic. From the peak less than a decade ago in 2014, CATS lost roughly 75% of its bus ridership.

Riders remain MIA post-pandemic. So far this year, CATS reported in November that ridership on local buses is down 8.1% from the year before. By comparison, ridership on the Blue Line light rail is up 49.1%.

Both of the totals are still way down from 2019, the last pre-pandemic year. But there are now more people riding the Blue Line than are riding all of CATS’ local buses — something that’s never happened before.

So why have bus riders, who often have the fewest transportation choices, chosen to stay away? Shoddy service is one reason. CATS cut bus service this summer to try and stabilize the system after long waits, a plague of “ghost buses” that never arrived and a driver shortage and contract dispute that made buses an unreliable option for many.

The theory is that service that runs less often but more reliably will draw back riders who’ve lost confidence in — and patience with — the bus system. There’s also a safety perception problem, especially since the fatal shooting of driver Ethan Rivera this year. And, the fact is, buses still get stuck in traffic and take usually significantly longer than driving.

What’s next this year? CATS desperately needs to shore up its flailing bus service. Expect the transit agency to re-evaluate its contract with RATP DEV, the private contractor that runs the bus system, and seek a new manager. CATS is also likely to keep paring back underperforming bus routes, hire more drivers to increase reliability and focus on technology solutions like traffic signals that give buses priority and “microtransit” partnerships with ride-hailing companies to try and lure riders back.

And CATS (through RATP DEV) still needs to reach a new contract with its drivers — negotiations have been stalled for months.

Many of Charlotte’s planned transit projects are hypothetical right now, but that doesn’t stop people from arguing about how they should be designed. Two of the biggest disagreements that emerged this year are over the route the Silver Line should take through uptown and what the city should do with the uptown Transit Center.

To be brief: City staff favors a Silver Line route that would skirt uptown to the north, roughly following I-277, rather than going through the city’s center and sharing tracks with the Blue or Gold lines. That could spur more economic development — think South End Redux, in the north this time — but hurt ridership, by keeping the train distant from uptown’s densest employment centers near Trade and Tryon streets.

At the Charlotte Transportation Center, city staff want to partner with a private developer to tear down the bus station — described as outdated and an eyesore — and replace it with an underground station. Then a mixed-use tower, and possibly a Charlotte Hornets practice facility, would be built atop that station. Those plans have raised questions about the optics of putting bus riders, most of whom are Black, underground, as well as concerns about the expense and complication of building an underground bus station vs. an aboveground design. 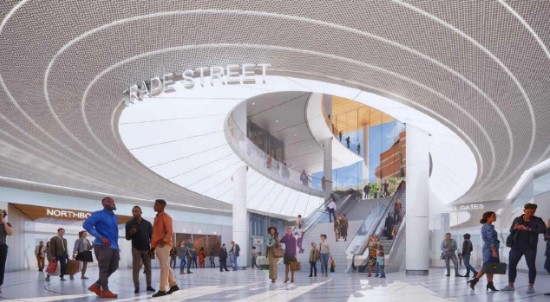 What’s likely next year? City staff favor both the northern route and the underground bus station, and staff usually drive the direction Charlotte City Council takes. City Council’s transportation committee already voted to support a northern Silver Line, without ridership projections and despite a consultant’s warning that it would likely be harder to get federal funding for that route. So, expect the city to opt for both a northerly Silver Line and an underground bus station — but since funding sources aren’t clear, don’t expect any construction to happen soon.

When Lewis, the CATS chief executive, announced his resignation in October for a consulting job in the private sector, it wasn’t entirely unexpected. He’d been running CATS for seven years — a decent tenure in an industry with a lot of turnover at the top — and tensions had been building with some City Council members for a while. Tariq Bokhari in particular called for Lewis’ ouster and said he wouldn’t vote for any major CATS initiatives until there was new leadership. 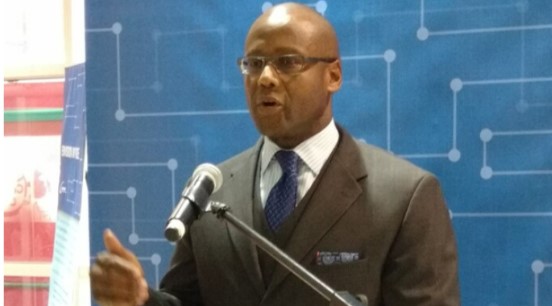 Assistant City Manager Brent Cagle was appointed to fill the CATS chief executive role on an interim basis. Cagle is a longtime public sector manager who previously led Charlotte Douglas International Airport after former aviation director Jerry Orr’s stormy exit in 2013, so he has experience stepping in to head up an agency whose relationship with City Council could politely be described as “contentious.”

City leaders have said there will be a nationwide search for Lewis’ replacement. So far, it’s been quiet, with no announcement of a timeline or a consultant to lead the search.

What’s ahead next year? Whoever is chosen to lead CATS will face a delicate balancing act: holding together and repairing an agency damaged by a once-in-a-lifetime pandemic that devastated public transit, while simultaneously planning for and building a decades-long expansion costing billions of dollars. While the city has said it will search far and wide, it might already have the ideal candidate in the top job. Cagle knows transportation and the world of federal funding that’s crucial to any transit project. And he planned and managed a multibillion-dollar expansion at Charlotte Douglas. Don’t be surprised if the city drops his “interim” tag and Cagle ends up leading CATS for a while to come. And also note: CATS chief Operating Officer Allen Smith, another possibility for the top job, rescinded his retirement and plans to stay with the agency for now.

Bonus storyline: Any progress on the Red Line commuter rail?

Ely Portillo is senior editor for news and planning at WFAE, Charlotte’s NPR news source. He was previously with the UNC Charlotte Urban Institute and spent a decade as a reporter at The Charlotte Observer. Reach him at eportillo@wfae.org