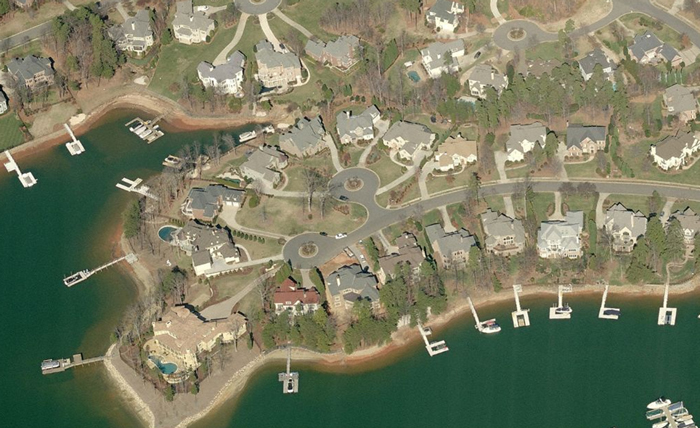 Since the housing crash of 2008, there’s been a lot of talk about Americans downsizing. Some sang the praises of tiny houses. Millennials, some said, are rejecting lawns and large homes for apartments in the city. Some went as far as to predict McMansion-filled suburbs turning to slums. Meanwhile, recently released U.S. Census estimates show, Charlotte area homes only got bigger since 2000. 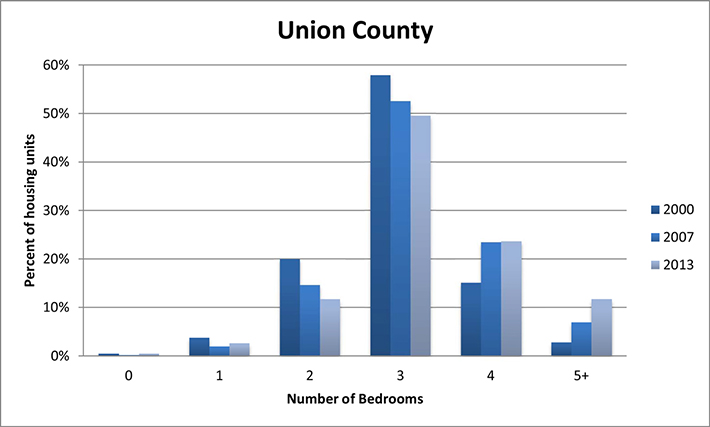 Local Realtors say a number of factors have lead to larger home sizes, including the general growth of the Charlotte metro area, and new norms for living arrangements.

"Families don't put two kids in the same bedroom any more, and most people want that bonus room," says Maren Brisson-Kuester, president-elect of the Charlotte Regional Realtor Association. "Those five-bedroom homes - nine out of 10 are four bedrooms with a bonus room."

Even in Mecklenburg County, where condos and apartments are rising at a fast pace near uptown Charlotte, the trend is for larger homes. The percentage of housing units that were studios, one-bedroom and two-bedroom units fell, while three-, four- and five-plus-bedroom units rose between 2000 and 2007. The rise in larger houses was not as steep in Mecklenburg as in Union – the percentage of homes with five or more bedrooms increased from 3 percent to 5.1 percent, for instance.

"With the apartment buildings, what you're seeing is two different populations," says Joe Rempson, president of the Charlotte Regional Realtor Association. "The 25- to 35-year-old age group, the young professionals, those people are looking to live closer to the city in apartments. The homes being built for families are still larger."