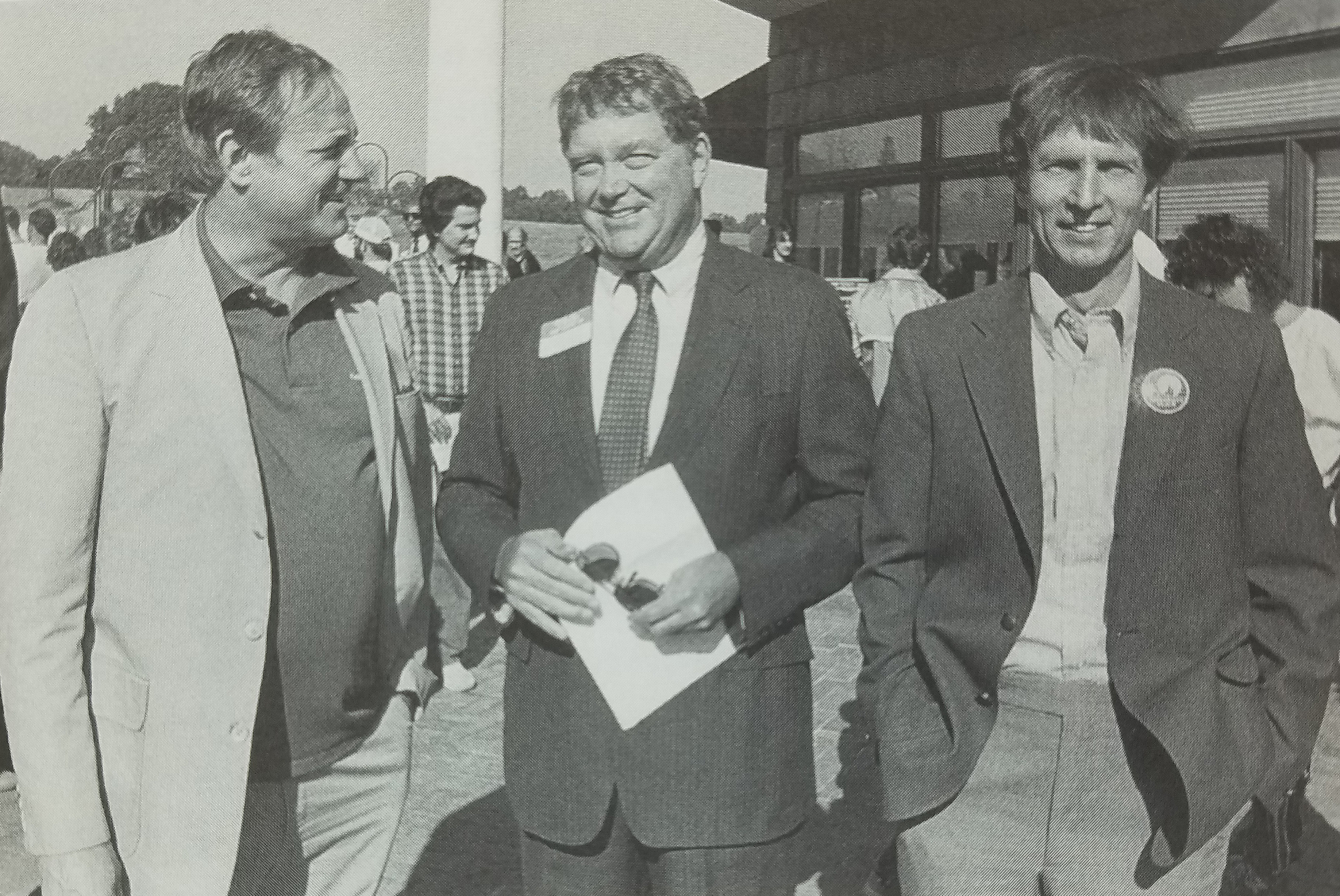 Today, amid countless mixed-use projects in Charlotte, the development known as University Place seems unremarkable, perhaps even outdated. But in the early 1980s, when the city’s uptown died after 5 p.m. and shopping malls were everything, the planning that produced University Place – higher density, with a mix of housing, shops, restaurants and a hotel – was unknown in Charlotte.

Spearheaded by the Urban Institute, the venture remains the boldest in its history.

“In a way, the whole concept was ahead of its time,” says Doug Orr, president emeritus of Warren Wilson College and a former UNC Charlotte vice chancellor. “As far as we knew, it almost assuredly was the first mixed-use project in North Carolina.”

Clay, a geographer who’d grown up in a small West Virginia town, had a reputation for big ideas. He’d already worked with Orr, a close friend and fellow geographer, to publish several successful atlases through the Urban Institute. They teamed up again to plan University Place.

At the time, the city’s growth “was entirely toward the southeast – a march to South Carolina,” Orr recalled in 2008, on the 25th anniversary of the University Place groundbreaking.

“It was so lopsided and one-dimensional,” he said, “downtown was in danger of being on the periphery.”

City and county leaders were trying to redirect development to the northeast. But people were reluctant to move to “the fringes of northeast Charlotte,” as one news story described the area, because it lacked amenities. And developers were reluctant to build those amenities because the area lacked the population to support them. “A Catch-22,” Orr has called it.

But there was reason for optimism: The university was growing. IBM had recently announced plans to locate in nearby University Research Park, a huge boost for the area. And Atrium Health (formerly Carolinas HealthCare System) was planning a hospital – now Atrium Health University City. It opened in 1985, years before the area had enough people to fill its 130 beds.

From the start, Clay conceived a bold vision: a European-inspired urban village. To gather ideas, he and Orr visited communities in England, Scotland, Belgium, Germany and the Netherlands, as well as planned new towns in America. They wanted the development to be pedestrian-friendly, with street-level activities and a 10-acre lake as a focal point. They opted to site buildings so they faced the lake, not the surrounding highways.

This was New Urbanism before people in Charlotte had ever heard the term.

“Behind his back, people were laughing at Clay’s plan,” says Owen Furuseth, a retired UNC Charlotte geographer and Urban Institute interim director in the early 2000s. “He really was an incredible visionary.”

The development was a complicated undertaking. For one thing, it required a massive land swap, with the UNC Charlotte Foundation giving property to the campus to replace the 240 acres the university was selling to developers. It also needed a developer whose vision matched the plan.

Numerous local and regional developers didn’t have that vision. Some advocated replacing the plan with a more traditional strip shopping center. The university ultimately partnered with Carley Capital Group, a prominent urban development firm out of Wisconsin.

That same year, in a profile in the Charlotte Observer, Clay discussed how such developments enliven a city: “The old concept of a city has been lost to segmentation – where and how we live are so segregated from the place we work and other places we shop….I think there’s a craving for more mixed use and ambiance. We need more flavor in life.”

That year, Clay took a leave from the university to join Carley Capital. Carley’s project manager had resigned, and Clay wanted to see the project through. Bill McCoy, a UNC Charlotte political scientist, became the Urban Institute’s new director.

Today, Clay’s original concept for University Place is best seen in the walkable area filled with shops and restaurants around the lake. Ultimately, however, University Place fell short of his vision. Carley Capital Group went bankrupt, another developer took over and plans changed. An open-air mall never happened. Instead, big-box stores appeared.

And yet the development achieved its major goal – helping attract growth to northeast Charlotte. “University Place provided a sense of place, an identity, a landmark,” Jack Claiborne, a former Observer associate editor, once noted. “It created a node around which everything else has come.”

In 2020, a new team of developers plans to redevelop 20 acres of University Place. They’ll build an office and civic building with ground-floor retail, a park and apartments. They’ll also tear down several big-box stores. University Place still won’t be the project Jim Clay envisioned, but it may be closer.

Clay died of lung cancer in 1994 at age 60. His name lives on in Charlotte, with J.W. Clay Boulevard winding through University Place. In 2018, the road also became a stop on the Lynx Blue Line Extension. Heading from uptown, J.W. Clay is the final stop before the train arrives at UNC Charlotte.

[Read Part 3: Burnishing the Urban Institute’s reputation, one plan at a time]