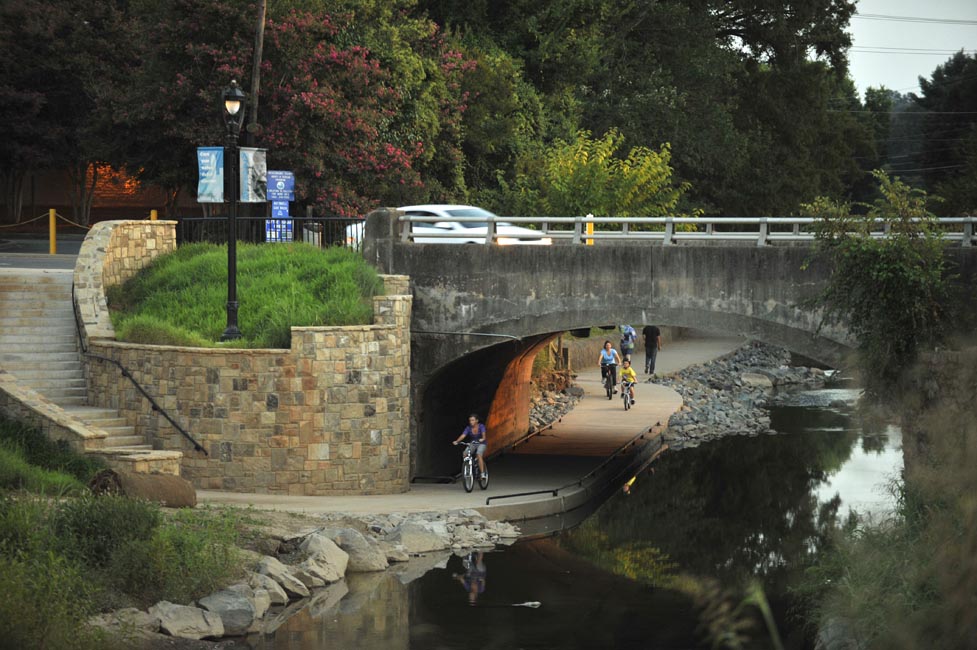 The UNC Charlotte Urban Institute’s online publication, PlanCharlotte.org, has been awarded a $5,000 grant from the Arts & Science Council for its “City of Creeks” project.

“City of Creeks,” is envisioned as a way to combine history, environmental science and community engagement, all focused on Charlotte’s distinctive landscape of urban streams. It will feature online publication at PlanCharlotte.org as well as exhibits in one or more venues around the city, including at UNC Charlotte Center City, in partnership with the UNC Charlotte College of Arts + Architecture.

The Cultural Project Grant from the Arts & Science Council will bolster a $12,000 grant received earlier this year from the John S. and James L. Knight Foundation.

“To many people the creeks all around us – if they are noticed at all – are viewed as just drainage ditches,” PlanCharlotte director Mary Newsom said. “But they’ve shaped the city’s growth since its founding, and it’s time we started treating them as the important cultural and environmental assets they really are.”

Newsom, associate director at the UNC Charlotte Urban Institute, said the “City of Creeks” project is part of a proposed three-year collaborative endeavor with the UNC Charlotte College of Arts + Architecture’s Projective Eye Gallery uptown and independent curator June Lambla. The collaboration, called the Keeping Watch Alliance, will offer audiences an annual series of arts and other exhibitions, online publication and programming, each year focusing on a specific environmental issue: recycling/plastics in 2014, water and urban streams in 2015 and air/trees in 2016.

The UNC Charlotte Urban Institute launched PlanCharlotte.org in 2012 with a grant from the Z. Smith Reynolds Foundation. The online publication offers information, analysis and news to help citizens in the Charlotte region as they deal with issues of growth, urbanization, transportation and environmental protection. The UNC Charlotte Urban Institute, founded in 1949, is a nonprofit, nonpartisan applied research and community outreach center at the University of North Carolina at Charlotte.