Race, segregation and profit in the American housing market 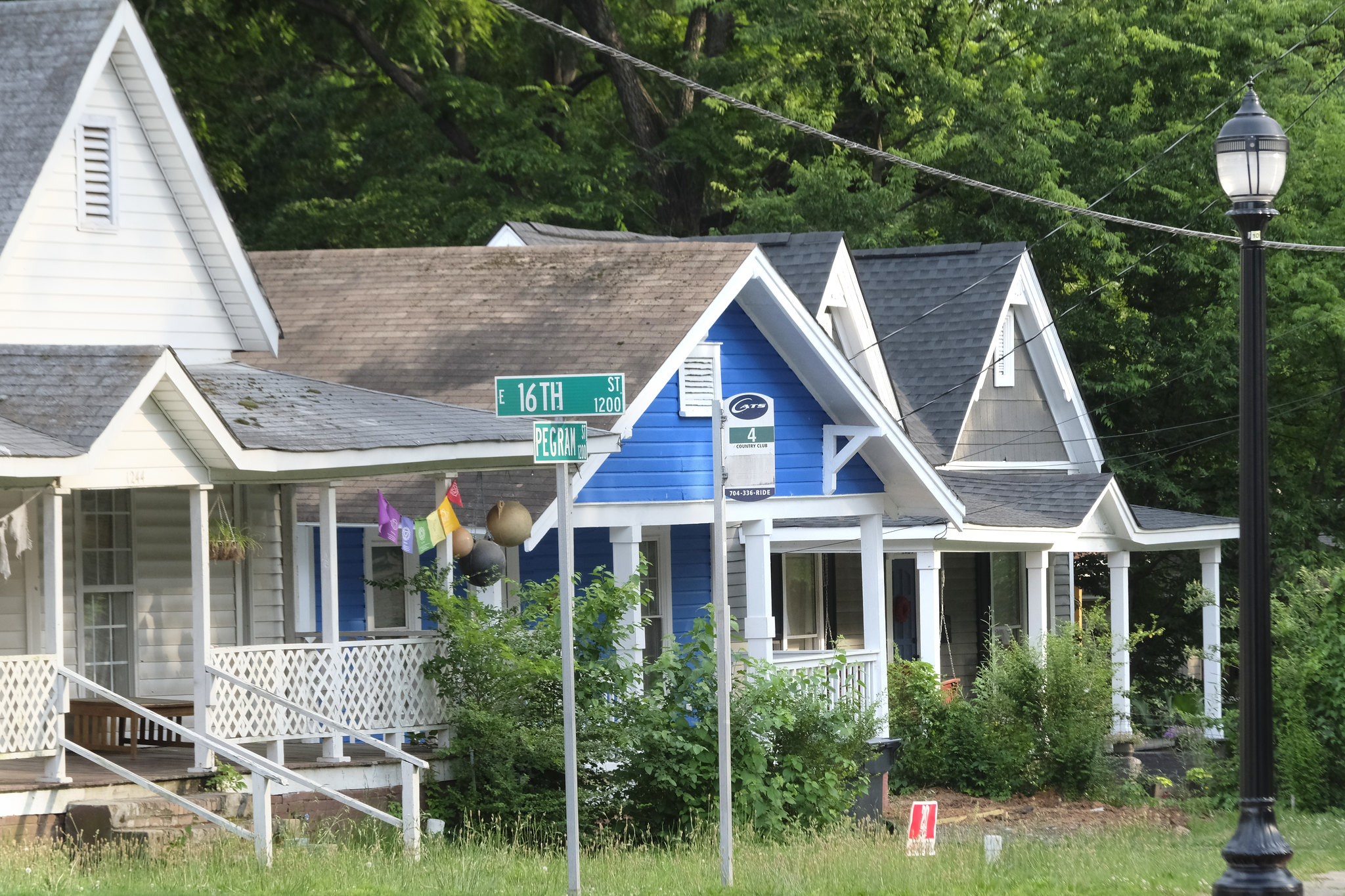 These patterns and their connections to each other are largely undisputed in the academic literature. But what, if anything, governments could or should do to change these realities is subject to great debate.

In Race for Profit, Keeanga-Yamahtta Taylor–a 2021 MacArthur Foundation Fellow, or, colloquially, a “MacArthur genius”–examines the history of a brief era in which the federal government sought to address racial inequities by playing a more active role in housing markets. Spoiler alert: the book does not have a happy ending.

Taylor is a professor in the Department of African American Studies at Northwestern University. This book is a re-working of her Ph.D. dissertation. It is not a light read–it’s a scholarly product. Even so, its pages are filled not with mathematical formulae and tables of regression results, but with individual stories tied together by a broader narrative, making it accessible and engaging. You can think of it as a graduate-school-level text covering some of the same topics as the more undergraduate-friendly Color of Law by Richard Rothstein.

Whereas Color of Law offered a broad but superficial survey of the various ways in which governmental action established and perpetuated residential racial segregation across decades, Taylor’s focus is narrower and deeper in Race for Profit. She examines the late 1960s and early 1970s to understand how (and why) the federal government turned over control of housing policy to private entities in the real estate industry and explain the negative consequences for Black Americans.

The overall story is this: Black Americans had been shut out of many of the New Deal/post-World War II programs that provided opportunities for White Americans to build wealth. These programs built on and exacerbated the effects of policies like redlining that excluded Black residents from White neighborhoods. Black Americans were effectively trapped in shamefully substandard housing (Taylor graphically describes the aggressive rats that plagued these structures), often in urban neighborhoods in northeastern, midwestern, and western cities Black Americans had moved to in order to escape the Jim-Crow South. Civil rights activism and urban unrest called the nation’s attention to the problems and confronted politicians with the blatant unfairness of U.S. housing policy.

As a result, Congress in 1968 passed what is known as the Fair Housing Act (part of the larger Civil Rights Act of 1968) and the Housing and Urban Development (or “HUD”) Act. The Fair Housing Act was designed to prohibit discrimination in housing; the HUD Act provided funding and programming for increasing the supply of affordable housing. The legislation and–more critically–its execution failed to generate wealth and opportunity for Black homeowners. Indeed, in many ways, Taylor argues, they exacerbated problems they were supposed to address.

What emerged was a process Taylor describes as “predatory inclusion.”

The process began with the federal legislation pumping large amounts of money into various supports (especially subsidies for mortgages) for low-income housing in urban areas. These funds made Black would-be homebuyers attractive customers to landowners and lenders–entities that had previously denied them property or financing.

The predatory aspect of these policies were a result of the federal government’s abdication of its responsibility to enforce federal law. For one, the government provided insufficient oversight to ensure that housing met baseline standards. Unscrupulous property owners would foist deficient, dilapidated structures on Black homebuyers. Lenders would collect various fees and be guaranteed in the event of a default–in fact, often they could re-start the cycle and sell the property to another buyer.

In order to entice private industry to provide housing and lending to Black homebuyers, “[t]he federal government essentially relinquished control of a major part of its low-income housing program, including enforcement of its antidiscrimination regulations.”

The more critical failure was the refusal of the federal government to adequately enforce fair housing laws. Suburban governments intentionally adopted zoning and other local ordinances to exclude Black residents. Taylor writes that “[t]he real estate industry wielded the magical ability to transform race into profit within the racially bifurcated housing market.” That is, racially segregated housing was more profitable for the private real estate industry–in both the Black and White markets–than a single, unified market would be. As a consequence, the housing industry had an incentive to perpetuate segregation by reiterating racist stereotypes about Black homeowners (that they are incapable of owning and maintaining homes) and Black neighborhoods (that they are rundown).

In this environment, Black homebuyers had extremely limited options. In many cases, they ended up paying more for worse housing.

[How 'neighborhood defenders' and local government can worsen inequality]

The legislation failed in its aims to solve the challenges of urban Black communities, Taylor argues, because it intentionally sought public-private partnerships–it deliberately handed over control of significant portions of housing policy to private entities that had no incentive to reverse segregation. But instead of identifying and fixing the true causes of these failures–exploitative landlords and lenders, exclusionary policies in the suburbs, real estate practices predicated on racial bias–the politicians of the day placed blame on the Black residents themselves and used the legislation’s failures as evidence that the government could not solve such problems and should not attempt to do so.

Taylor writes that “[n]eoliberalism and neoconservatism converged around the demonization of working-class and poor Black people in cities to undermine the legitimacy of a welfare state perceived to be prioritizing the care of ‘undeserving’ African Americans.”

The overall account presented by Taylor provides a plausible and clear good-versus-evil narrative. But that somewhat simple aggregate narrative comprises a collection of much more complicated stories and individuals. The truly bad actors deliberately pursuing illegal or immoral outcomes were limited in number–though they certainly existed.
One interpretation Taylor leaves open (and at times seems to implicitly endorse) is that fair housing initiatives were foiled by a conspiracy. But I think the more plausible explanation (also implicit in Taylor’s book) is that there was insufficient collective will to pay the costs required to upend the status quo.

Illustrating this is Taylor’s account of George Romney, the book’s most recurring character. Romney (father of current Republican Senator Mitt Romney of Utah), was a “quintessential postwar racial liberal” whose genuine concern for racial equality–“particularly in the issue of housing discrimination”–was demonstrated by his actions as governor of Michigan. That President Richard Nixon appointed Romney as HUD Secretary was thus something of a surprise.

Romney enthusiastically supported the HUD’s mission of dramatically increasing the quantity and quality of low-income housing, stabilizing urban neighborhoods, and providing greater opportunities for minority groups with his Operation Breakthrough and Project Rehab. Romney recognized that the government’s efforts to enhance the opportunities of Black residents would be limited if suburban communities remained closed to them through practices like restrictive, exclusionary zoning and refusal to accommodate low-income housing projects.

Romney’s “Open Communities” initiative threatened to withhold all federal aid from communities unless they adopted programs to expand low-income housing within their borders. This effort quickly incited resentment and backlash.

Romney came to be seen by the rest of the Nixon administration as a liability. The Open Communities push was abandoned, and Romney was marginalized. From the sidelines, Romney–rather than complaining about the lack of federal follow-through–began instead to express doubts about the prudence of his previous work, at one point stating, “We have been throwing billions of dollars into these problem areas without making a dent upon them. It is now foolish to say that if we will only spend a little more money, we will resolve these difficult issues.”

As I said, the book does not have a happy ending. Taylor concludes by explaining that her research findings suggest that we should “question a social order that makes the quality of one’s life and the substance of one’s citizenship contingent on the possession of private property.” That is, she openly wonders whether public-private partnerships to make low-income housing fairly available to all people is a fatally flawed concept–because private markets cannot be expected to work to eradicate racial discrimination and the resulting segregation when racially divided housing proves so profitable.

But is that the right takeaway? Are things so hopeless?

Ultimately, I believe Taylor is correct that we should anticipate that private entities will act in their self-interest. One way to make “doing the right thing” in their self interest is to require it, under penalty of law for noncompliance. But another way is for the individuals who constitute “the market” (and that’s all of us) to change their own preferences such that providing meaningfully integrated housing and neighborhoods is a profitable enterprise.

In terms of total impact, the biggest problem for the realization of fair housing was widespread indifference. Too many politicians, administrators, and–especially–voters were unwilling to pay the costs (sometimes real, sometimes perceived) to do what it would take to change a status quo that was the manifestation of decades of racial discrimination. In some cases, they declined to take active, affirmative steps to enforce laws or desegregate housing. In other cases, they refused to (more passively) cease patterns of behavior that contributed to the denial of equal opportunity to Black Americans.

If we the people consciously, collectively, and deliberately make different choices, then won’t we produce different outcomes? If we, as citizens, vote in governments that enforce antidiscrimination requirements, then won’t industry have to comply? If we, as consumers, change our purchasing habits and reveal a genuine preference for diverse, integrated neighborhoods, then won’t private markets adjust to serve that demand?

Thus, Taylor’s analysis may leave some hope for the reversal of patterns of racial residential segregation that have denied equal opportunities to Black Americans. But that hope is conditional on the emergence of desires and behaviors that have not been in sufficient supply for the last 60 years. So what kind of hope is that?