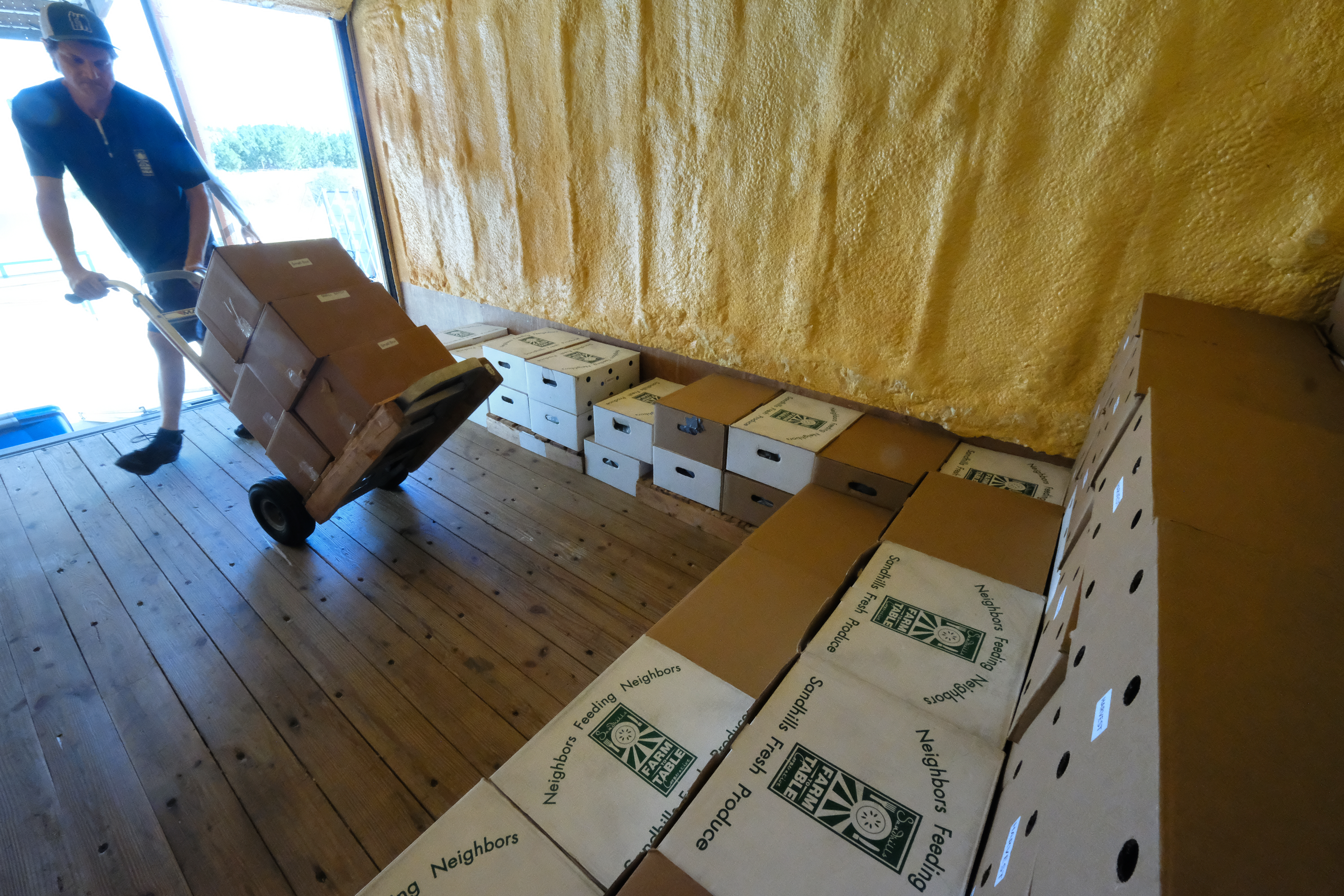 There’s a not-too-surprising insight about how the labor market is changing across the Carolinas Urban-Rural Connection region, which became clearer from real-time commuter data: out-of-county commuting rates are rising. Many more people work in a different county from where they live.

While people are traveling farther for well-paying work, leaders charged with workforce and job development told us many jobs are going unfilled. For the Carolinas Urban-Rural Connection project, changes in the region’s labor market are key to understanding how regional ties have changed over time.

We asked local leaders to share their views. What will it take to prepare the region’s workforce for current and future jobs? How can supportive policies get more of the region’s population off the sidelines and into family-sustaining-wage work?  Who is thinking about economic mobility on a region-wide basis, expanding on a question that’s been central to conversations in Charlotte in recent years?

Shifting attitudes about work – and workers

One shifting dynamic, likely accelerated by the current tight labor market, is a change in attitudes about worker availability. North Carolina’s unemployment rate has fallen almost 2 percentage points in five years, to 4.4 percent as of July 2019. South Carolina’s unemployment rate fell even more sharply, declining by 3.25 percentage points to 3.22 percent over the same period.

When there is a labor shortage, professionals told us, there are two possibilities: A less-appealing option – poach the jobs and workers from somewhere else – and a more appealing one – promote skills development among a larger share of the local workforce.

Iredell County is one place that’s embracing the latter approach. The county shifted its school calendar back to a start date of early August this year to match the local community college academic calendar. Locals sought the change to give high school students an opportunity to take college-level courses early, while area employers were supportive of speeding up the preparation of skilled workers.

Iredell Economic Development Corporation chief Jenn Bosser said the move was championed by a diverse group who overcame what she described as opposition from state lawmakers concerned about the impact to coastal tourism revenues. “This speaks to the leadership of the community,” Bosser said.

In 2018, there were 36,463 graduates in the Carolinas Urban Rural Connections region from public higher education institutions, a talent pipeline that has increased by 9 percent in the past five years. The highest share of degrees is in liberal arts, followed by business administration and nursing. Source: EMSI, 2019

Another way local leaders are focusing on the future is to welcome a positive change in attitudes about manufacturing and trade jobs.

Manufacturing has not been viewed as desirable work in the recent past. But Union County has advocated for manufacturing and the trade professions to local students, their families and elected leaders, as well as targeted those industries with business recruitment strategies.

Union County made higher-end manufacturing its primary recruitment target for another reason: landing these firms is likely to raise skills availability in the region and, in turn, wages. Each firm of this type that arrives or expands, Plate told us, absorbs enough of the local labor force to drive up wages across all industries and sectors by shrinking labor supply.

It’s part of a strategy, he says, to “push the skills up, to build a sustainable economy.” And it appears to be working. Average wage rates for hourly workers there have more than doubled in two decades, from $9 an hour in 1999 to $22 an hour in 2019, not including executive positions, Plate told us – about a 150 percent increase – far outstripping the pace of inflation of about 54 percent.

Davie County has also tried a creative approach to strengthen its workforce. Two community leaders proposed “Ignite Davie,” a “place-based,” rather than need-based, college promise program. The program will financially support, beginning in 2020, any graduate from a high school or a registered homeschool program in Davie County who chooses to attend Davidson County Community College. An array of community organizations partnered to turn the idea into a reality in under two years.

Getting more people into better-paying work

While some places, like Davie and Union counties, are focused on reducing the mismatch between available skills and employer demand, other places see the lack of enough local workers as their biggest obstacle. Take the small border county, of Marlboro, South Carolina. It lost 1.5 percent of its population last year, and has seen a 20 percent decline since 1990. At the same time, between 4,000 to 6,000 county residents have a weak attachment o the workforce, county administrator Ron Munnerlyn told us, more often supported by public assistance than job-based income.

The greater Charlotte region is doing better by many measures, but that improvement is not evenly shared, as in Marlboro County. According to federal jobs data, the entire 32-county project region grew employment by 10.9 percent in the past five years. The region performs better than the nation on job growth, by about 4 percent. Added jobs drove up labor force participation about 2.5 percent region-wide over the past five years.

The graph below illustrates the trend starkly: cities are attracting jobs and workers fast. Places farthest from the metro core aren’t.

The number of available jobs has skyrocketed in Mecklenburg County and other “mixed urban-rural” counties, but barely budged in the outlying counties further from the urban core in the 10 years since the Great Recession. Source: EMSI, 2019.

At a local level, the uneven distribution of opportunity is keenly felt. We asked the Charlotte Regional Business Alliance’s chief executive Janet LaBar to describe what’s ahead for workforce development, and how a regional approach might tip the regional equity dynamic.

“The reality of that work is that it is a long game,” she told us. The outlying counties might be most challenged in the workforce picture by slow population growth, which could be a function of housing stock or connectivity. The skills of workers in the region vary, and the mix of employment opportunities need to match those available skills, she said.

But there’s a role for the Alliance, as it pursues a business recruitment strategy, to diversify. “[Those employers] need to serve the region,” she said. “We shouldn’t only be going out and looking at those fintech, financial services-type companies,” a reference to the headline-grabbing relocations of tech-centric firms to uptown Charlotte in recent months.

Instead, the Alliance plans to build up its research capacity to focus on industries with what she described as “career pathways” for all workers, not just high-tech or financial employees.The group plans to be more focused on seeking out those firms that match existing skills and, ultimately, the capacity of the region to develop a stronger, and more widely-shared, skills base.

Across the region, developing skills among existing residents and attracting jobs to match them could be a recipe for more opportunity, for more people, in the decades to come.