A Vision for Piedmont Roadsides 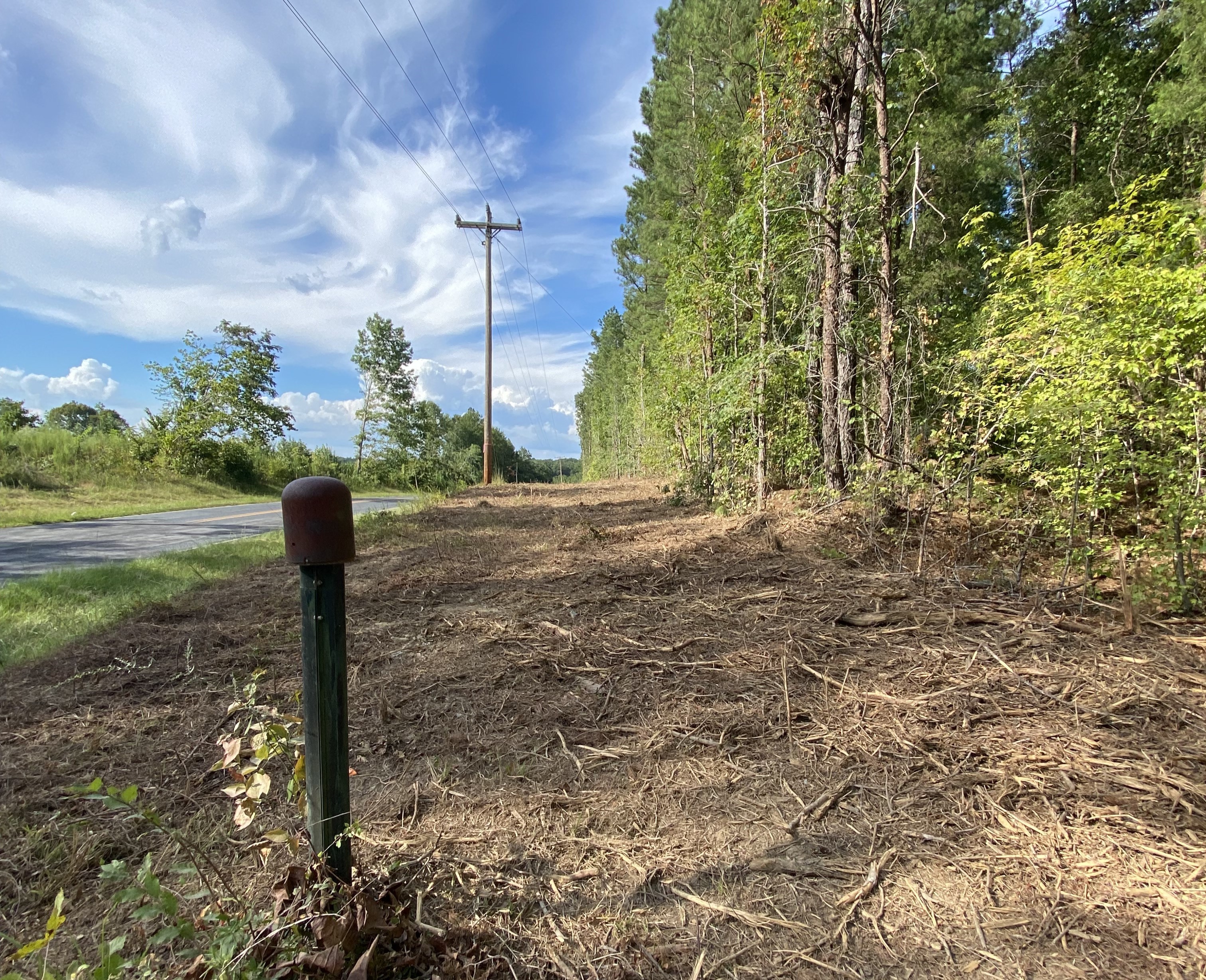 Along the backroads of the Uwharries, the trees seemed especially brilliant this fall. Through the windshield, the blur of sourwoods, sweetgums, black gums and maples was a psychedelic kaleidoscope. But something was missing. Where was the riot of yellow and purple in the herbaceous layer?  There were no sunflowers. No goldenrods. No ironweeds, asters or liatris.

In late summer, contractors started mowing the powerline rights of way (ROWs) along my usual routes in northern Montgomery County. The North Carolina Department of Transportation might mow a narrow strip adjacent to the shoulder multiple times per year. Electric service providers maintain a much wider swath, but because their primary goal is to keep woody vegetation in check, they operate on a longer rotation, mowing or spraying herbicide every few years. This practice has helped maintain open areas for sun-loving plants that are suppressed when the forest canopy closes overhead. Many of these heliophilic species are associated with our historic Piedmont prairies and are now threatened or rare. Unfortunately, ill-timed or excessive mowing – or widespread use of herbicides – can have a negative impact on the species that have found refuge in these roadside remnants.

Johnny Randall, director of conservation programs at the North Carolina Botanical Garden, believes there’s a way to accommodate the need for sightlines, safety and service along our roads and utility lines while also enhancing our remnant Piedmont prairies.

Randall grew up in Charlotte and has fond childhood memories of passing the now-defunct Buffalo Ranch, a low-key tourist site on Highway 49 near Mt. Pleasant, on trips to the Triangle. The rolling grasslands dotted with bison excited his imagination. A landscape glorified in books about the Great Plains might exist in his own backyard! Later, as a biology student at UNC Charlotte, he’d bike to campus from his house on Mallard Creek Church Road. The pace allowed him to do a little roadside botanizing along the way. He was struck by the diversity of plants associated with grasslands. 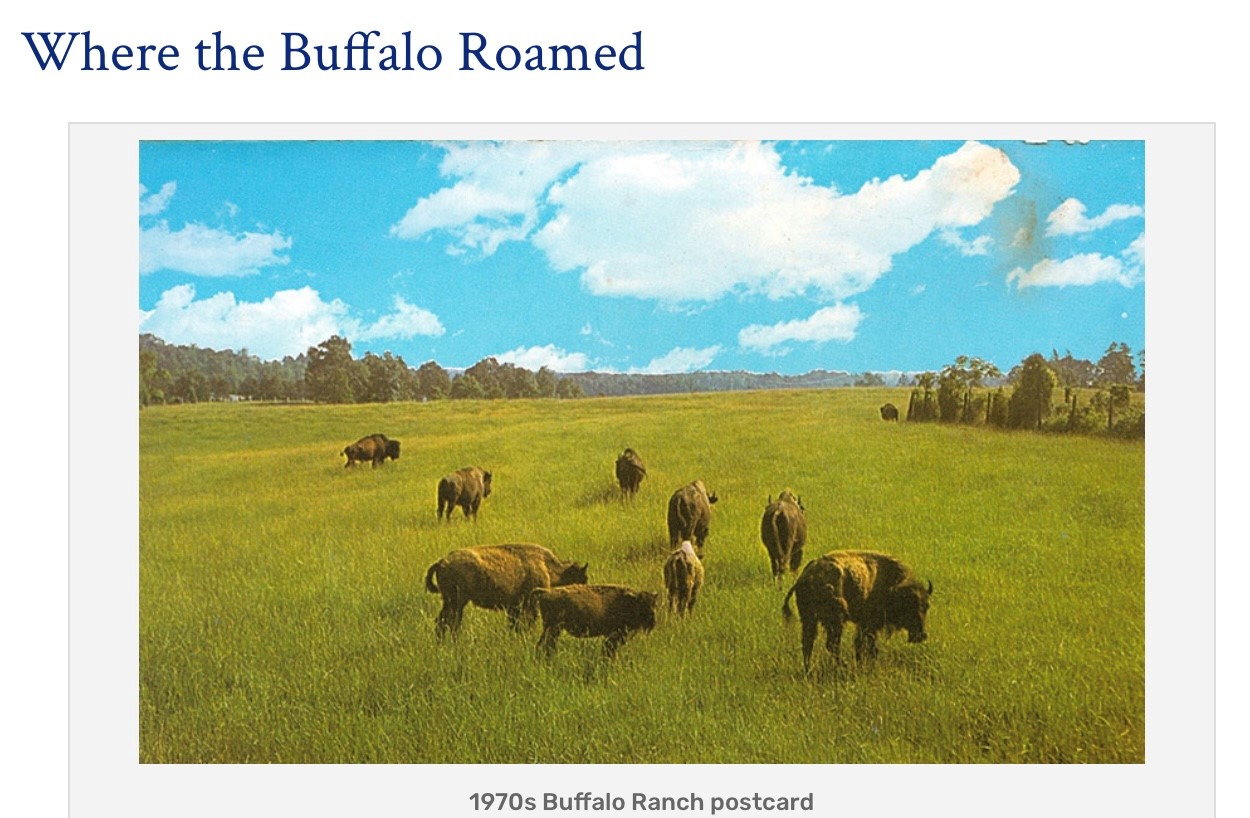 It was a fortuitous time to be a student with an interest in these species. Scientists were first turning their attention to the study of Piedmont prairies. Alan Weakley, then with the North Carolina Natural Heritage Program, and Nora Murdock with the US Fish and Wildlife Service, were doing some of the earliest field work in the state.

At UNC Charlotte, Jim Matthews, Larry Mellichamp and Larry Barden were also doing important documentation in the Charlotte region, work that would lead to impressive prairie restoration efforts at some of the county’s nature preserves.

When Randall joined the NCBG staff 24 years ago, he soon realized that many of the rare plants the garden was striving to protect were the very ones he’d long observed on roadsides. There were glimpses – at sites like Penny’s Bend Nature Preserve near Durham (A river runs around it: Restoring the rare flora of Penny’s Bend | UNC-Chapel Hill) – that those roadside species had once been found on interior tracts as well. When the right management practices were put into place – primarily fire – the prairie species responded. 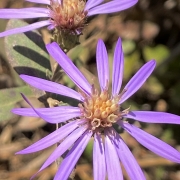 Randall is a practical man. He knows it’s impossible to do prescribed burns in the ROWs, and he understands why they need to be maintained on a regular basis. We all want our roads to be safe, and we demand uninterrupted power service. He tried to convince himself that the roadside ecosystem wasn’t important. It didn’t work. The threats to it kept him awake at night.

Randall is also a dreamer. He believes with just a few tweaks, the native sun-loving species in the Piedmont ROWs can be protected. With a more sensitive approach to management, they can do more than just survive; they can flourish. Their success would also benefit the native pollinators currently experiencing steep declines.

In some areas, like the Uwharries, there’s the potential to have long, lush stretches of enchanting flowers and grasses. Their beauty might even inspire people to tour these areas, much like the Leaf Peepers who flock to the Blue Ridge Parkway each fall, or the Texans who make a pilgrimage to the Hill Country each spring to see the bluebonnets at their peak. Imagine it – mile after mile of Piedmont prairie sprawling along our scenic backroads, inspiring breathless oohs and aahs.

Randall is working to make this dream a reality. Stay tuned for an article about his efforts to convene a group of stakeholders in Orange County tasked with creating a management plan that could become a model for other Piedmont counties.