Why not 1 billion Americans — or 3 million Charlotteans? 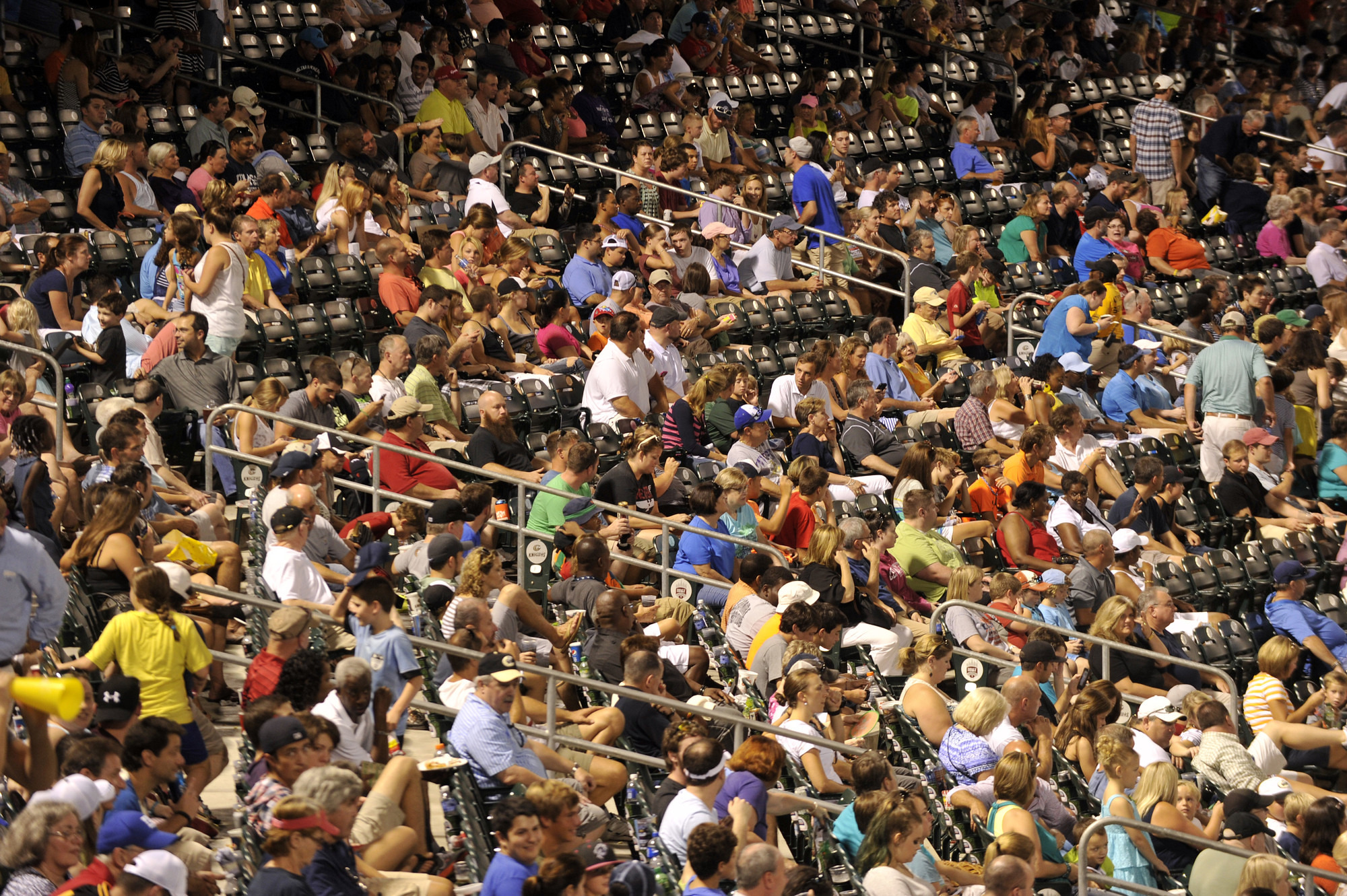 Quick–wherever you are, look at the people around you, or remember the last time you were in a group. Now imagine the group tripling in size. That’s the America Matthew Yglesias desires. In his book One Billion Americans, Yglesias argues that the U.S., with its 330 million people, is “empty,” with depressing future consequences for the nation and the world. His thesis: the U.S. should embark on a program of intentional population growth until the country has (at least) one billion residents.

Yglesias, an independent politics and policy commentator (he publishes near-daily columns on his Substack blog “Slow Boring” and is very active on Twitter), is a pro-USA partisan. The core belief motivating his argument is that the U.S. is a better country–in the sense of a political, economic, and cultural system–than other populous countries, most particularly China. But although the U.S. currently enjoys more international power and influence than China, Yglesias foresees an inevitable shift toward China simply because of its significantly larger population.

Unless, that is, the U.S. grows significantly. Yglesias believes a population of one billion is the right target.

Yglesias believes that a more populous America will be a more prosperous America. That is, a larger U.S. is not just a boon to those who would live here rather than in another, poorer country—it will make everyone, including current residents, richer on average by powering an economy that can produce more abundance.

At this point—knowledgeable, thoughtful, critical thinker that you are—you probably have some objections, or at least questions, for Yglesias. His arguments fly in the face of many people’s assumptions about growth, density, traffic and “quality of life.” A quick, engaging, and thought-provoking read, his book makes his case for one billion (that’s a one followed by nine zeros) Americans in large part by anticipating, addressing and ultimately dismissing these concerns.

One set of questions he regularly gets is a version of: “Where would all these people go?” Imagine tripling the number of homes, coffeeshops, schools, churches, sports arenas, and skyscrapers. Do we have the space for all of those buildings?

Most definitely, Ygelsias assures us. “[T]he population of the Lower 48 even when tripled would leave the main part of America about as dense as France and less than half as dense as Germany.” A U.S. as dense as England (just England, so excluding Scotland, etc.) would have some 3.5 billion people. Accommodating just one billion Americans will still leave plenty of land for parks and natural areas.

Yglesias acknowledges that a radically bigger America will mean more people in the most populous cities. To him, that would be a good thing. Innovation and productivity enhancements result from the economics of agglomeration in urban labor markets. And boosting the nation’s overall population would provide an exciting opportunity to stop and even reverse the ongoing de-population of many U.S. cities–places like Baltimore, Buffalo, Detroit, and St. Louis, which are “[f]undamentally, in most of the ways that matter…great places to live.” One billion Americans would also bolster struggling suburbs and rural areas where declining populations create problems for sustaining public services.

Lest you worry about water and food, Yglesias reports that a U.S. with one billion people would have more fresh water per person than Spain, the UK, Germany, and the Netherlands. And he’s not worried about agricultural output. He insists that “America generates massive surpluses of food and can easily accommodate more eaters.”

A second common source of skepticism centers on the question: “Where would these people come from?” Here, the answers are perhaps more obvious. Yglesias believes current Americans should have more children and that more immigrants should be welcomed to the U.S. To be clear, Yglesias does not urge the enactment of some inverted form of China’s one-child policy where every American family is required to have a certain number of children calculated to get the nation to his one billion population target.

Rather, he argues that existing policies—and realities like the massive expense of daycare—frustrate the desires of current and would-be parents who would like to have more children but feel that they cannot afford them. He supports programs like child allowances, parental leave, and universal preschool and daycare (including and especially over the summer).

[How 'neighborhood defenders' and local government can worsen inequality]

Yglesias makes the moral case for more immigration, noting that “[a] family who moves here is much less likely to see their kids be malnourished or deprived of basic schooling, and they are consequently much more likely to grow up to innovate and change the world in major ways.”

But he mostly focuses on making a pragmatic case. He details the many benefits to the U.S. of substantially increasing immigration, correcting what he identifies as an all-too-common misperception among the public regarding the cost-benefit analysis of admitting more immigrants. These immigrants would not just help the U.S. hit Yglesias’s desired headcount, they would contribute in new and important ways to the further successes of the country.

Yglesias recognizes that embracing a one-billion-Americans growth goal would require the simultaneous adoption of complementary changes in policy. For Yglesias, this is well-trod territory. He argue—as he has been arguing for years in articles, blog posts, and tweets—that the U.S. should reform land-use policies like restrictive zoning that keep housing prices artificially unaffordable. He also advocates for innovations in transportation policy, including the adoption of congestion pricing and bringing the cost of mass-transit construction projects more in line with those in other countries.

Again, these are issues that Yglesias has been hammering at for a couple of decades. He does not really offer a plausible political path to their adoption (and if you’ve sat through an hours-long city council rezoning hearing about approving a single apartment building, you might be skeptical). Rather, it seems that his “one billion Americans” riff is intended to build support for these policies.

[Read more: "Arbitrary Lines" and the case for killing zoning]

An additional challenge to Yglesias’s vision is that the folks with the power to adopt (or reject) pro-one-billion policies would not be the primary beneficiaries of its ultimate realization. Growth is disruptive. Planning and building expanded infrastructure is costly. If the status quo works well for you, why would you want to change things up? If I’ve got mine, why would I want to open myself up to more competition, threatening my stake?

And voters are disproportionately older. The demographics of older Americans are significantly different from those of younger people–particularly the demographics of the younger immigrants who would be required to get the U.S. to one billion people.  That would create additional friction.

My own read of American public opinion leads me to conclude that Yglesias is unlikely to see his vision adopted by many others. But there is an enthusiastic minority. For instance, recently Milwaukee Mayor Cavalier Johnson expressed a desire to increase his city’s population–which is currently just over 575,000–to one million. But perhaps such a goal is understandable in a place like Milwaukee, whose population peaked in 1960 and has been shrinking ever since.

What would supporting a similar vision look like in Charlotte, with a population of 880,00? Two million Charlotteans? Three?

Maybe it’s worth considering the counterfactual. What would Charlotte look like if growth had sputtered out, or declined, and the city still had its 1960 population of just over 200,000? People might smile and reminisce about (imagined) days without traffic. But we’d also be talking about a Charlotte without professional sports, arts and culture institutions, thriving higher education institutions, a huge banking center, and, most importantly, the well-paying jobs and greater prosperity for our region that growth has brought.

Ultimately, Yglesias is seeking to change the mindset of leaders, policymakers, and voters–including in growing places like the Charlotte region. Rather than reacting to the genuine negative consequences of growth by collectively saying “slow down!” or even “stop!” Yglesias wants us to spend more time imagining the potential benefits to us and our posterity by saying “go faster!”