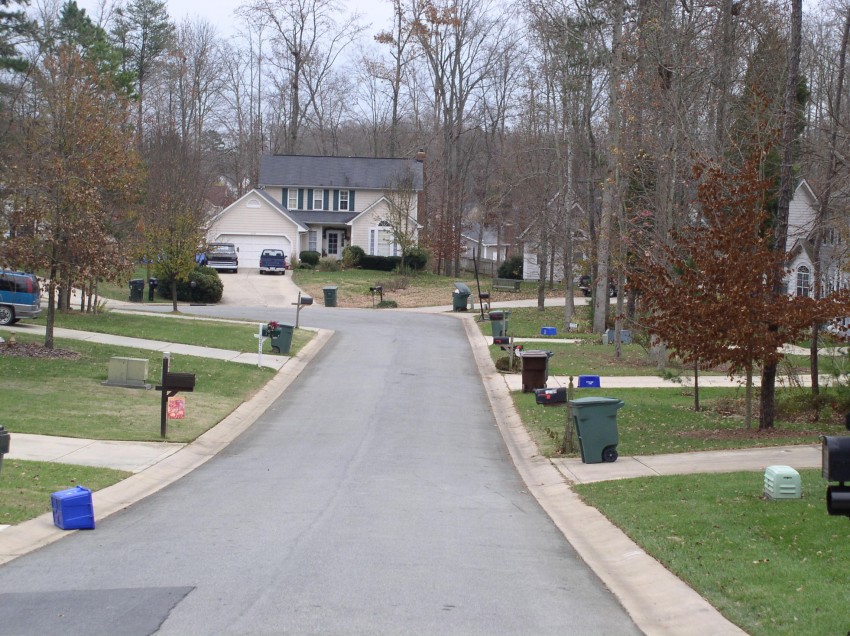 Controversies over school closures in Charlotte and Mecklenburg County over the past year have refocused public attention on issues of race in our community.  While the explosive growth of the Hispanic population has been a more recent demographic trend, the issue of residential segregation among blacks and whites has a much longer history in this community, with significant public policy implications.  As the UNC Charlotte Urban Institute continues its exploration of the 2010 Census data in the run-up to the launch of its Charlotte Regional Indicators website this spring, these new data allow us to examine residential patterns of where blacks and whites live within Mecklenburg County.

The map below shows the percentage of non-Hispanic white and black population at the census tract level within Mecklenburg County.   The contrasting nature of the two maps is the most striking feature.  While several areas show more diverse populations, especially in east and west Mecklenburg, other areas show clear patterns of segregation. 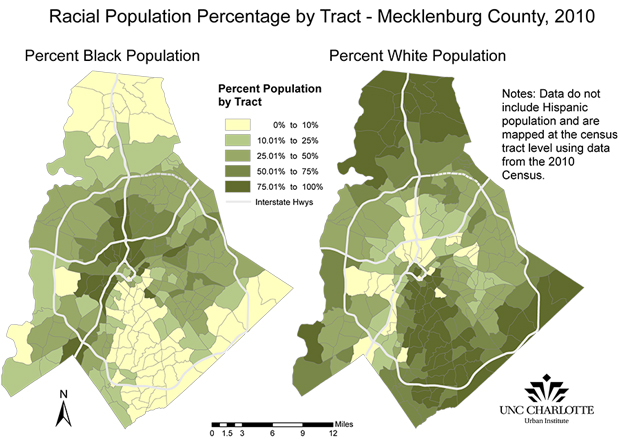 Several tracts in the center of Charlotte show over 75% black population, while the white population is over 75% across the northern part of the county and in a clear line that approximately follows Providence Road in south Charlotte, and encompasses much of Matthews and Mint Hill.

“This map reveals the underlying patterns of segregation in housing that still exist in the county.  While this pattern persists, the kinds of controversies we had this past year over school closures are likely to continue,” said Bill McCoy, Emeritus Faculty and former UNC Charlotte Urban Institute Director, who has closely followed demographic trends in the county for several decades.

The upcoming launch of the Charlotte Regional Indicators project will continue the exploration and analysis of our region’s communities.  This has been a dynamic decade for the Charlotte Region, with major changes and challenges.  Understanding the underlying trends from the past ten years will be crucial to developing solutions to some of those challenges and seeking out new opportunities.