A 'crisis that's brewing': How this program plans to help NC farmers 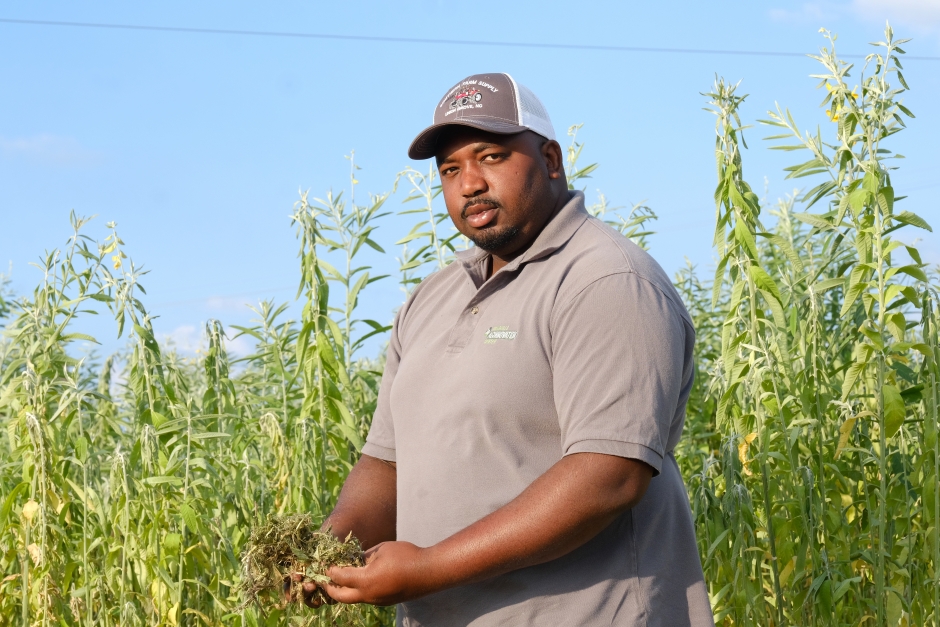 On weekday mornings, Davon Goodwin drops off his son at elementary school and heads to the Sandhills AGInnovation Center in Ellerbe to see what the day will bring.

Some days he plants vegetables or fruit at the center, occasionally with the help of volunteers. When farmers show up needing a tractor, tillers or mobile refrigerated trailers, he checks out the equipment and rents it to them for a nominal fee. Other days, he helps a farmer use the fresh produce machines to wash and bag vegetables vegetables for sale to a client.

Most weekends, Goodwin works at his own recently-purchased 42-acre farm in nearby Laurinburg.

Goodwin, 30, is an accidental farmer. His path to becoming a young farm owner and managing the two-year-old Richmond County agricultural center in many ways exemplifies his unexpected mission: To help feed people, both by helping other farmers and doing it himself.

But Goodwin and others promoting agriculture in the rural communities surrounding Charlotte and elsewhere face challenging times.

“There is a crisis that’s brewing,” said Goodwin. “We have a lack of farmers and we have more people to feed. If that trend continues, it’s going to be bad.”

The availability of produce in supermarkets that rely on huge, international supply chains, an increase in farm-to-table restaurants and a growing interest in locally grown and organic produce mask the problem – unless you live in rural counties like Richmond, an hour east of Charlotte, where the steady decline of produce farming has affected livelihoods and the local economy. These circumstances propelled the creation of the Sandhills AGInnovation Center, located on a 10-acre site that includes a demonstration farm.

Its primary goal is to provide a hand-up for farmers in the Sandhills region, offering inexpensive farm equipment rentals, access to machinery and production services to help them crack the competitive wholesale market, where growers sell to grocery stores and other large clients. That goal is in their slogan: “Connecting Sandhills Farmers To New Markets.”

The center has an ambitious plan to help revive farming and repair some of the frayed ties that once intimately connected urban centers to outlying regions. Cities need food to feed their populations, and local growers historically produced a big share. But the number of farms in North Carolina has been declining for years: There were 46,400 farms operating in the state in 2018, according to the U.S. Department of Agriculture.

From the Army to agriculture

When the SAIC organizers were looking for someone to manage the center and promote its concept and services to area farmers, Goodwin fit right in. But his path was not always so clear. Goodwin’s early career plan was to become a research scientist.. He inadvertently stepped into farming nearly seven years ago, when it was the only job he could find. 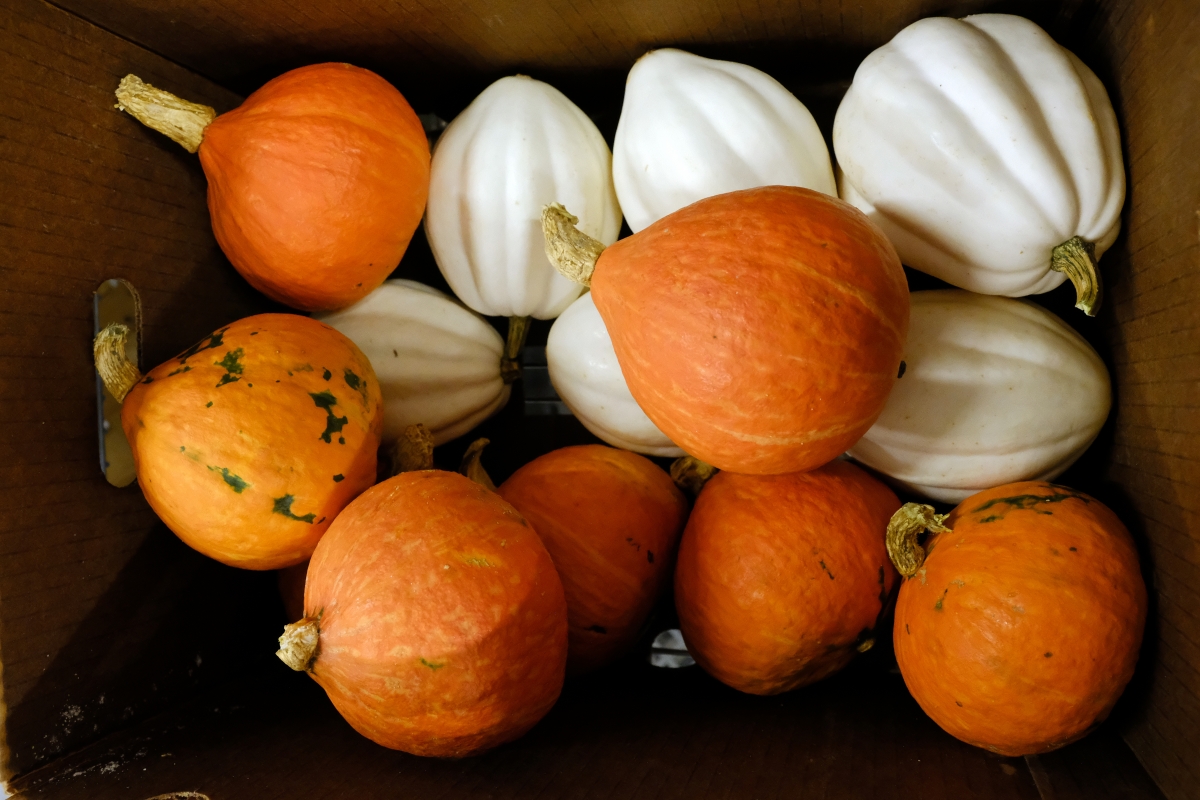 After finishing his freshman year at the University of North Carolina at Pembroke, the Pittsburgh native joined the Army, primarily because he couldn’t afford to stay in school. He ended up in Afghanistan, and was seriously wounded when a bomb exploded while he was riding in a truck. The explosion left him with a traumatic brain injury and an injured back.

Goodwin’s road to recovery has been tough. He suffers from post-traumatic stress disorder and narcolepsy, a neurological disorder that causes uncontrollable episodes of daytime sleeping. However, with the support of his professors at UNC Pembroke and hard work, he graduated in 2013 with a degree in biology and a concentration in botany. His narcolepsy made finding a job after graduation challenging. Finally, a couple who owned a 466-farm in Hoke County hired him as its manager, even though Goodwin knew nothing about farming.

“When I got on that property, everything changed,” said Goodwin, who was the first in his family to get a college degree. “I bought every book on farming that I could. I went to conferences. I found my energy learning about farming. I started diving deep into the lack of access to food.”

Goodwin’s growing passion led him to lease 40 acres of the farm he managed, where he kept a small vineyard and raised pigs and sheep. He named it OTL (Off The Land) Farm, the same name he uses for the farm he and his fiancé bought last year in Laurinburg. There, he has started a vineyard and begun purchasing equipment, and plans to start planting crops next year.

His strong advocacy for farming and farmers has brought invitations to speak at agricultural events across the country, and he was recently appointed to the U.S. Department of Agriculture Advisory Committee on Beginning Farmers and Ranchers.

And his path is uncommon for another reason: Goodwin is a young African-American man. Fewer than 3 percent of the state’s farmers are African-American, according to the USDA, while about 95 percent are white.

“It’s hard, but I know that I am there for a reason,” said Goodwin. And he sees a mission in his work: “In Scotland County, a lot of people don’t have access to food.” 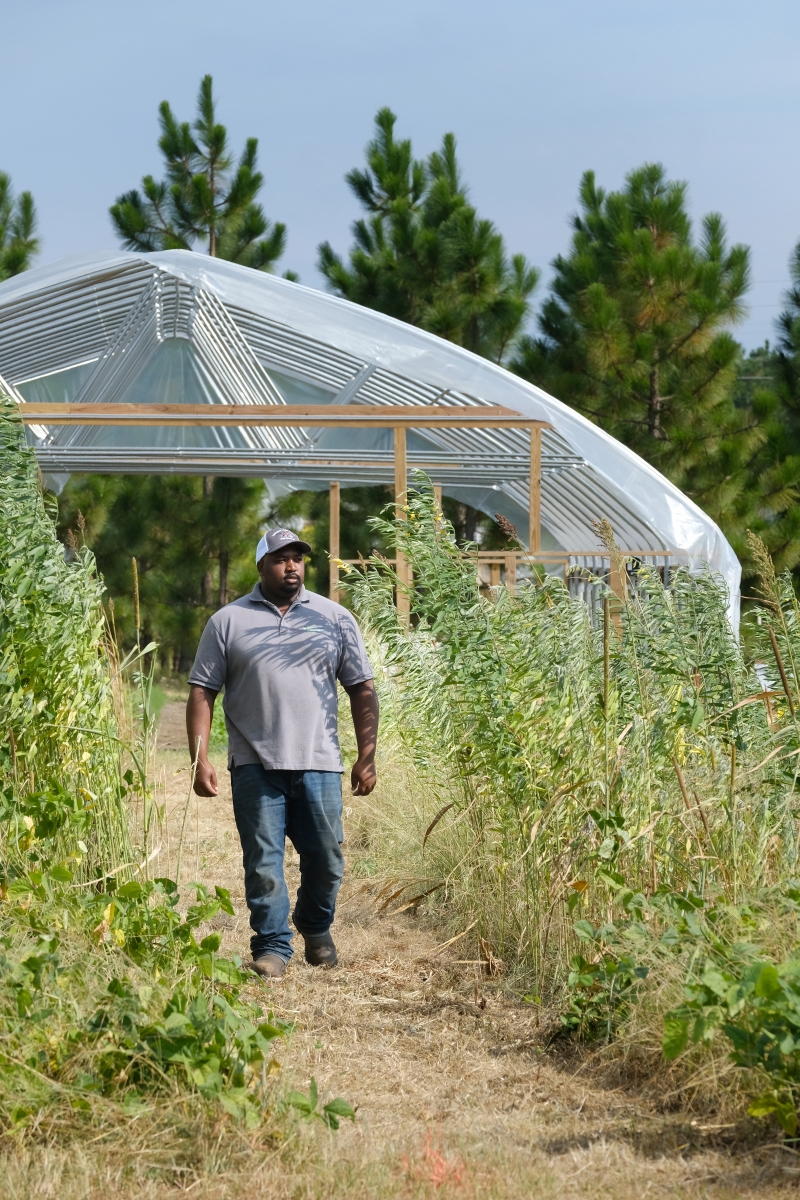 Goodwin is the only staff member at the Sandhills AGInnovation Center. Officials in Richmond County and neighboring Moore County, home to golf course communities in Pinehurst and Southern Pines (and an increasing number of restaurants seeking local produce), worked together to plan the center. Its 2017 launch was largely funded by a $475,000 grant from the Golden LEAF Foundation, a nonprofit which uses funding from the settlement with cigarette manufacturers to provide economic opportunity in rural communities.

But as the center was gearing up, at least a half-dozen of the largest produce farms in Richmond County stopped operating, significantly reducing the expected amount of produce to be processed at the center after it opened.

Area farmers are struggling for many reasons, including competition with large, corporate-owned farms, the increasing unpredictability of weather, new food safety regulations, the high costs of equipment and challenges to entering the wholesale market, which generally brings higher earnings. As a result, the center is shaping its services to focus more on educational programs.

“It’s very, very hard” for farmers, said Paige Burns, Richmond County’s cooperative extension director and a member of the SAIC board. “We’re trying to put together a lot of ideas and services to help people build and grow.”

Supporters of the center say the two-year-old facility will help the area’s agricultural community — but it will take time.

“We’re still in the infancy stages of the project,” said Richmond County Manager Bryan Land. The county commissioners approve annual operating funds for the center, including $80,000 this year. “I feel confident in the long term it will be a great success for Richmond County.”

Goodwin, too, said he has no doubts about his role in the effort to help strengthen farming and attract more people to invest their careers in growing food.

“This is my second chance at life,” said Goodwin. “This is a way for me to give back. I feel there is no greater service than to be able to feed people.”