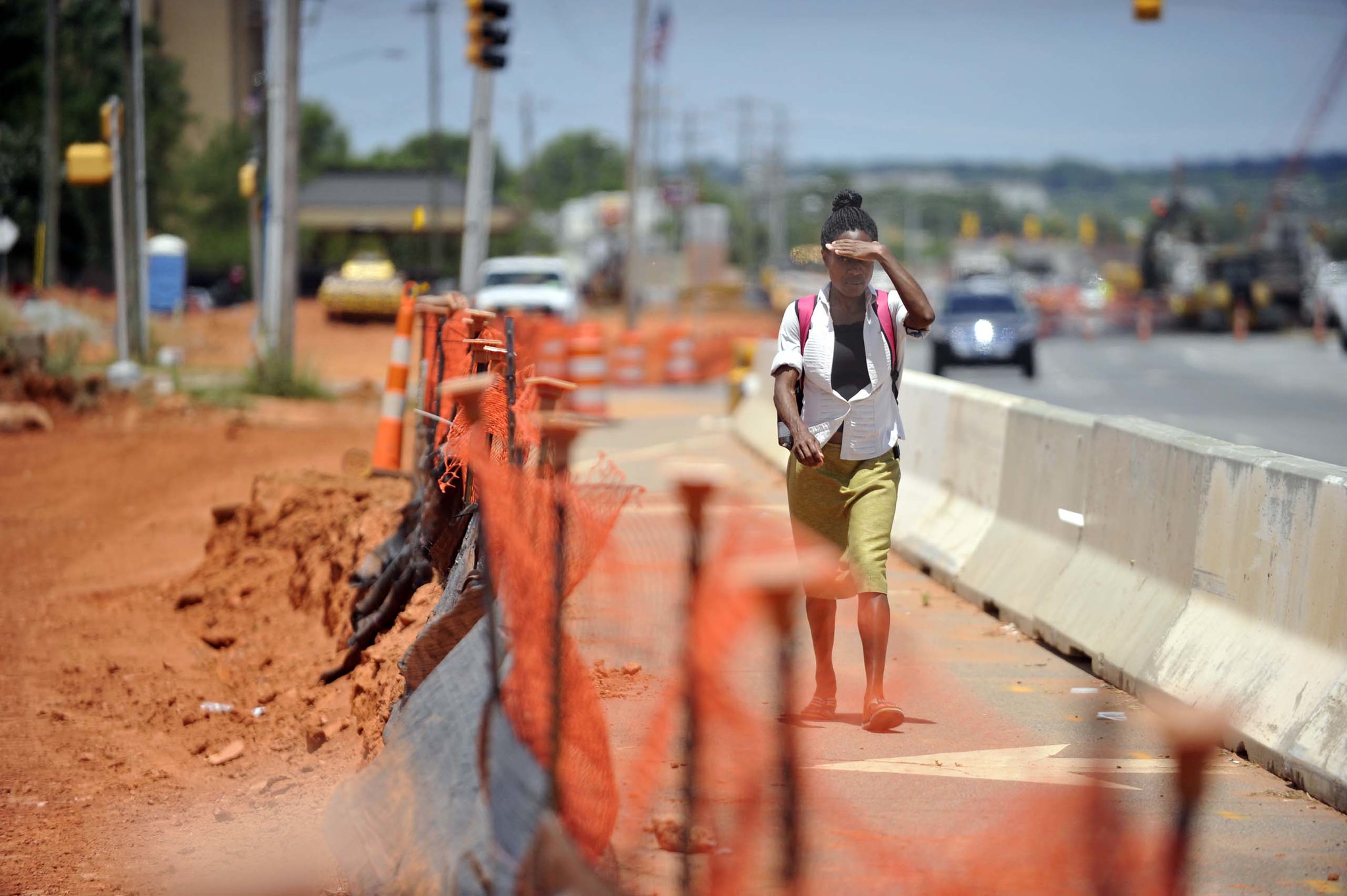 Here’s another paradox from the COVID-19 pandemic: People drove less, but the streets got more deadly.

That’s especially true for pedestrians, a new report from Smart Growth America shows. “Dangerous by Design,” the group’s annual report highlighting pedestrian fatalities, shows that over 6,500 people were hit and killed while walking in 2020 – a 4.5% increase over 2019.

And while 2020 is the last year for which complete federal data is available, preliminary estimates for 2021 are that almost 7,500 people were struck and killed last year. That would be a 40-year high.

The deadliest region on a per capita basis is Daytona Beach, Fl., which saw 4.25 pedestrian deaths per 100,000 people. Three regions in South Carolina made the top 20 most deadly on a per-capita basis: Greenville, Columbia and Charleston.

“This epidemic continues growing worse because our nation’s streets are dangerous by design, designed primarily to move cars quickly at the expense of keeping everyone safe. The result in 2020 was a significant increase in all traffic fatalities, even with less driving overall due to the pandemic,” Smart Growth America said in a statement.

Another big change in 2020: People stuck at home started walking a lot more. Using anonymized cell phone tracking data, the Smart Growth America report estimates average daily walking trips in Charlotte rose 58% from 2019 to 2020. It’s a trend that likely continued as many people continue working from home at least part of the time.

The group also mapped all pedestrian fatalities from 2008 to 2020 on this interactive map (click to access the map):

Overall, it’s a pretty gloomy report: Pedestrian deaths are rising, along with overall traffic deaths. Charlotte has committed to “Vision Zero,” a goal of eliminating serious traffic injuries and fatalities by 2030. But the city is on the wrong track, with fatalities increasing amidst what police say is a rash of speeding. And none of the 20 most deadly metropolitan areas or 20 deadliest states (which includes North Carolina) are improving – fatality rates are trending worse in all of them. And troubling inequalities persist in crash patterns: 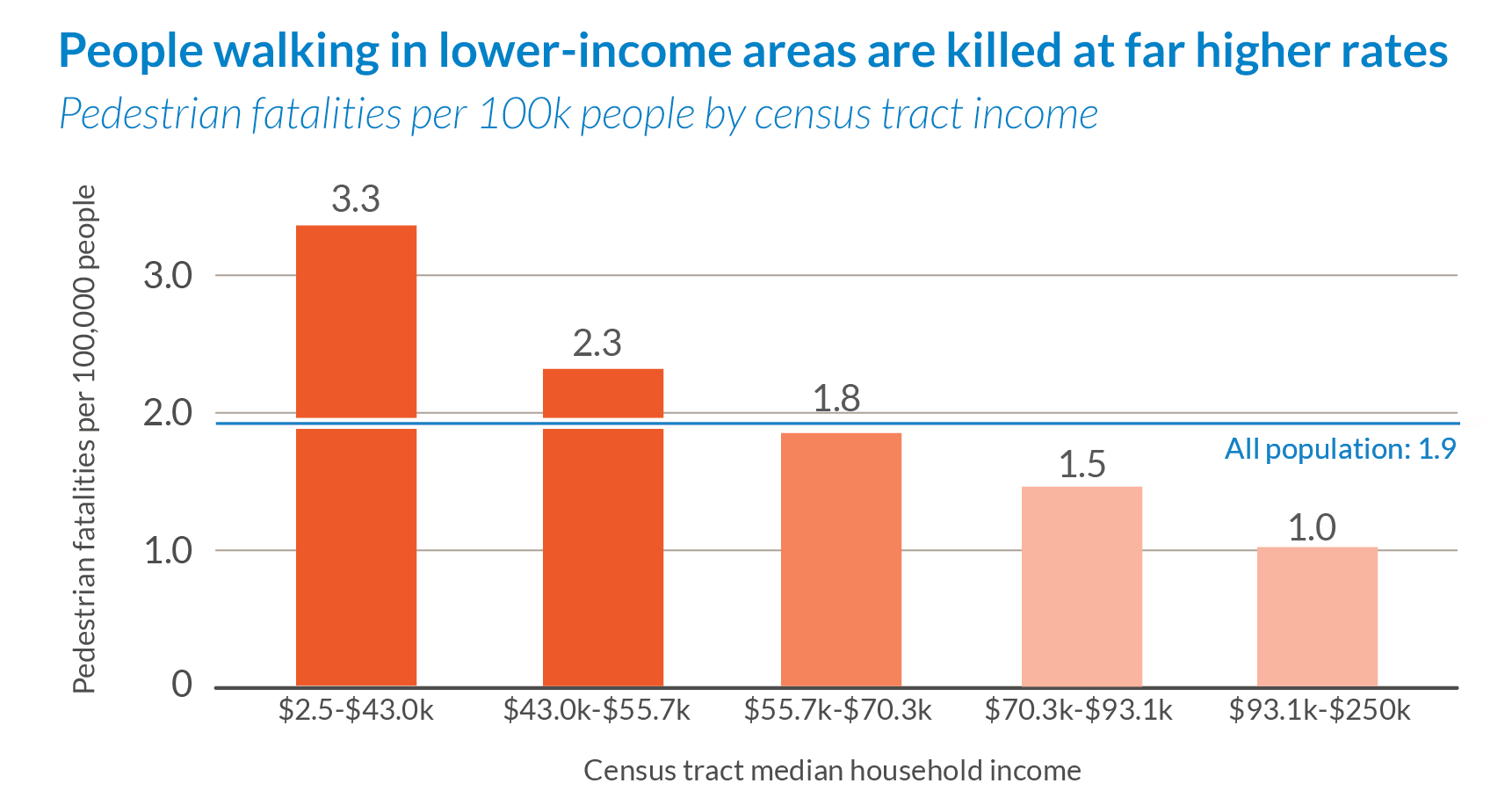 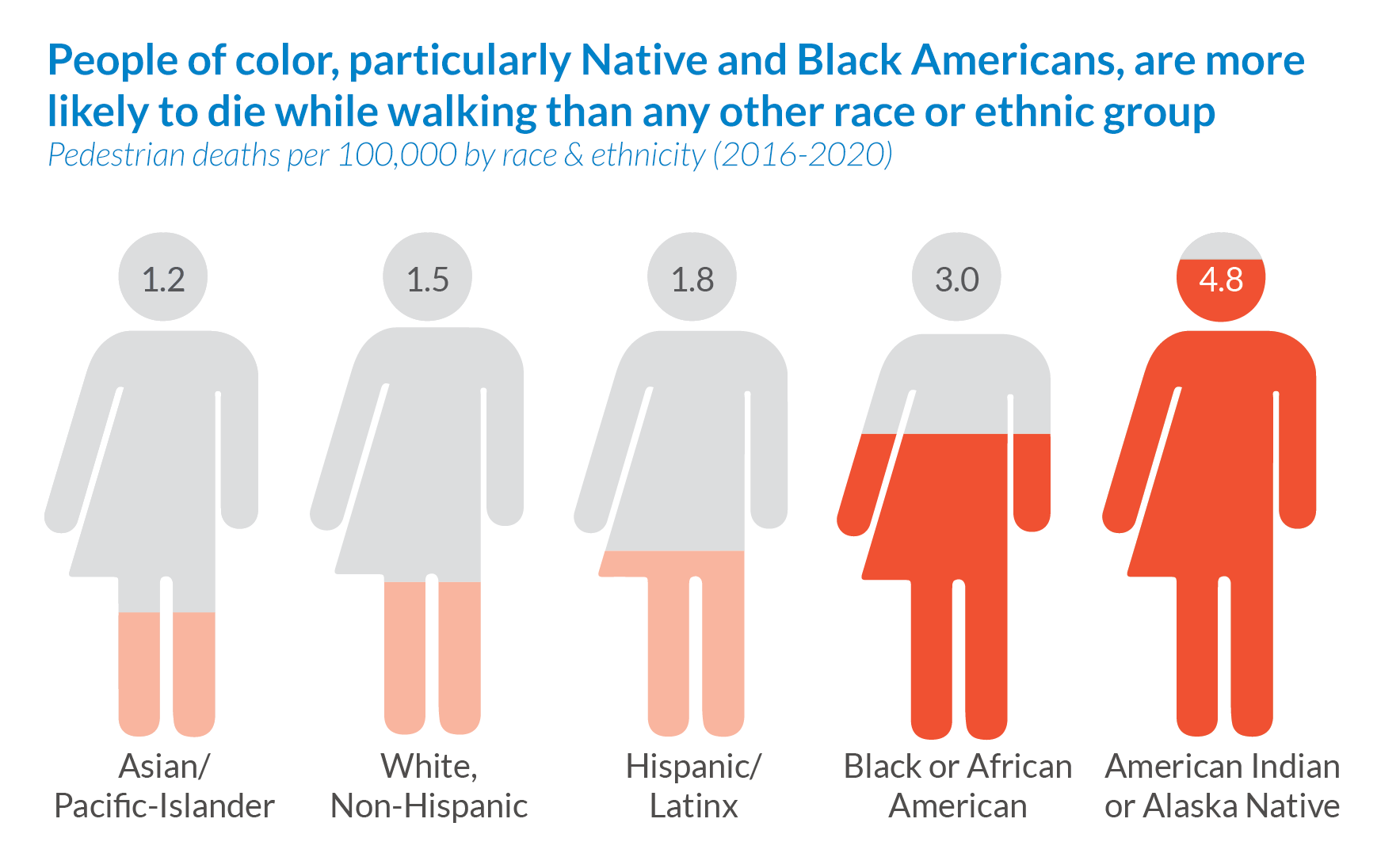