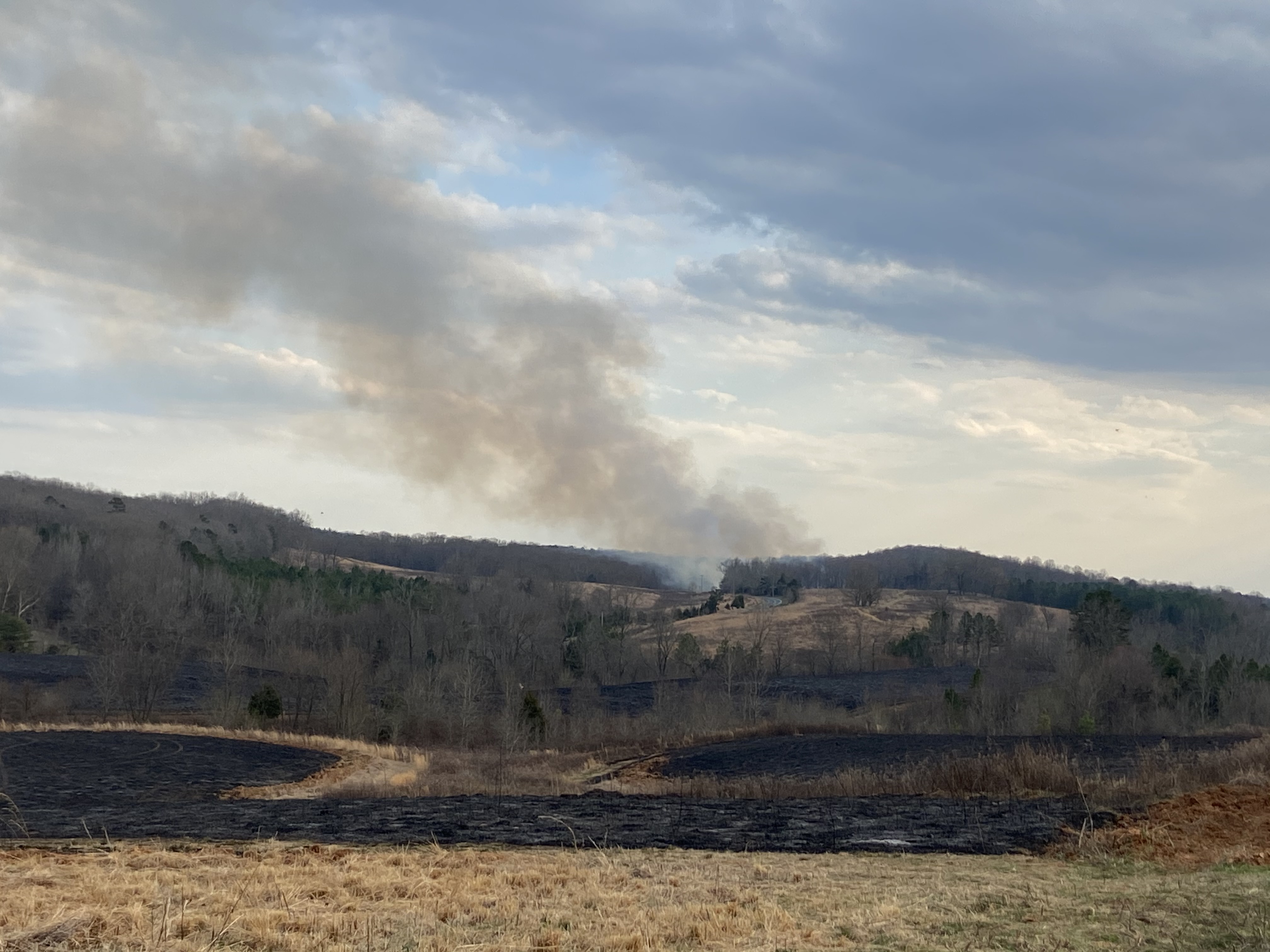 For over a decade, readers of the Urban Institute’s weekly e-newsletter have enjoyed the nature essays of Charlotte conservationist Ruth Ann Grissom, often inspired by the habitat restoration work that she and her sister Amy Grissom have been leading in the Uwharries, about an hour east of Charlotte. Now, an international organization has taken note of the Grissoms’ work, awarding them one of its highest honors.

In April, the prestigious Partners in Flight program (part of the North American Bird Conservation Initiative) awarded Amy and Ruth Ann Grissom its 2020 Stewardship Award, which “honors an individual or group that contributes significantly to the management, conservation, or restoration of landbird habitat or priority species.” 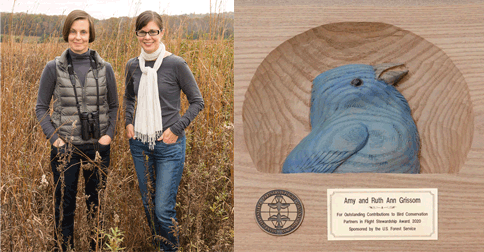 About their habitat restoration work, the award recognized “their dedication over 20 years to managing early succession and forest habitats on private property to enhance landbird populations in the Piedmont of North Carolina and allowing access for long-term bird research and education.” The citation went on to note the following:

Their efforts to benefit landbirds included: converting and maintaining native/early succession vegetation, managing for mixed hardwood forests and declining forest types, and protecting habitats; allowing access to their private land for a bird banding project, and for outreach and education activities for teachers, natural resource professionals, other private landowners, and the general public; their many collaborative partnerships with conservation agencies and entities; and the broader contributions to conservation at the local and state level.

Whether they realized it or not, readers of the Urban Institute’s newsletter have enjoyed the fruits of the Grissoms’ efforts in the Uwharries through Ruth Ann’s beautifully written and often playful essays about her observations of native species making a comeback – from accounts of annual bird migrations to the restoration of natural habitats on a former cattle farm in Randolph County. For a sampling of her past articles, see the following:

Congratulations Amy and Ruth Ann on this much deserved recognition! And thank you Ruth Ann for bringing the rest of us along in your and Amy’s ongoing journey of habitat restoration and stewardship by sharing your essays with us.