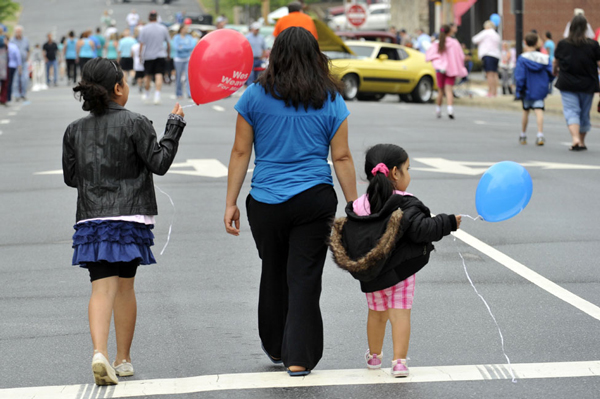 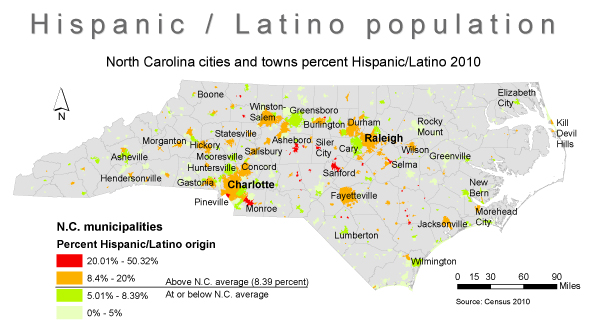 Of the largest cities, Winston-Salem had the highest Hispanic population in 2010 with 14.7 percent. Nearby Greensboro was the largest city in the state to be below the N.C. average, at 7.5 percent. Charlotte (13 percent) and Durham (14.2 percent) are similar to Winston-Salem. Raleigh was also above the state average at 11.4 percent. Several larger suburban communities like Huntersville, Mooresville and Cary are below the state average, as are Asheville and Wilmington. Cities and towns in northeastern North Carolina contain the fewest Hispanic residents.

The second map labels all towns across the state that have a population that’s more than 20 percent Hispanic. 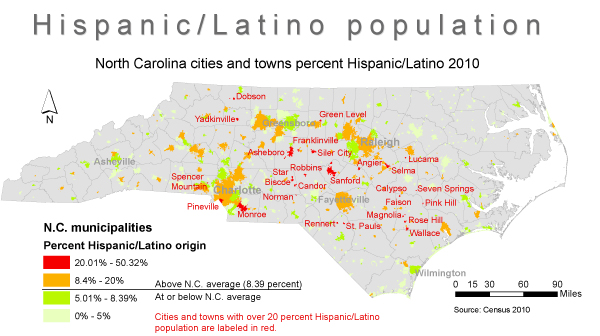 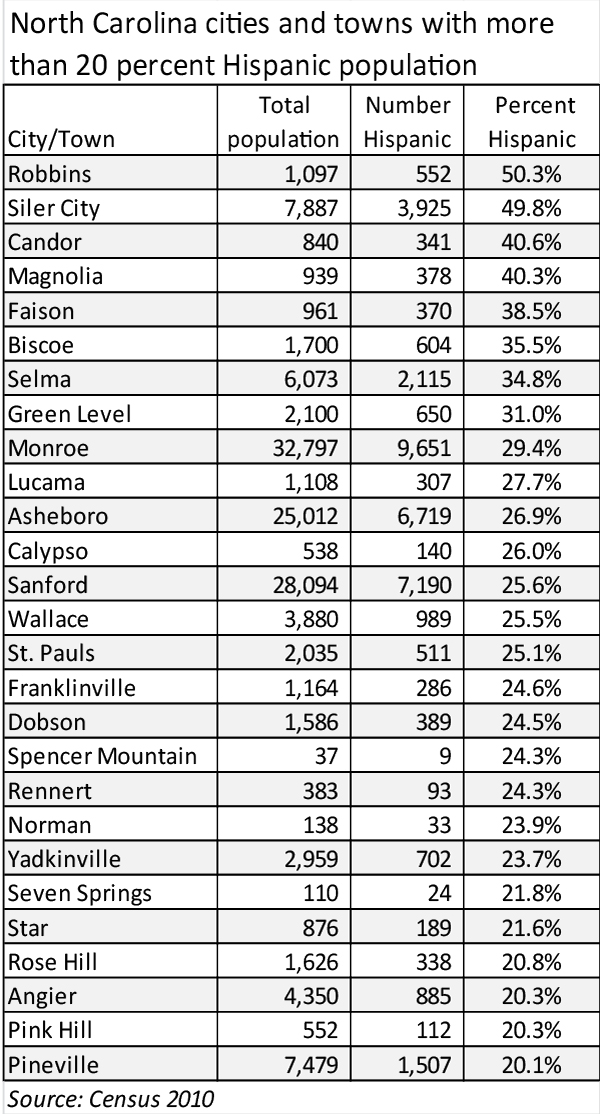 Owen Furuseth, associate provost for Metropolitan Studies and Extended Academic Programs at UNC Charlotte, has done extensive work on the topic of community change associated with Latino immigration. He made several observations about the geographic distribution seen here:

What is striking to me about the data are two broad patterns. First, the highest percentages of Hispanics are overly represented in small towns and cities across the state. From the foothills to the coastal plain, Hispanics are an important ethnic group in rural places. And, I suspect without Hispanic in-migration many of these small towns would be emptying out, losing population. Hispanics play an important role in many economic needs of rural N.C. statewide.

Two, Hispanics are urban North Carolinians. The largest number of Hispanics live in the largest cities in the state. They are increasingly moving from rural to urban areas, or moving to cities from other states or international locations.

Laura Simmons assisted with research for this article.