A more equitable approach to neighborhood traffic safety in Charlotte 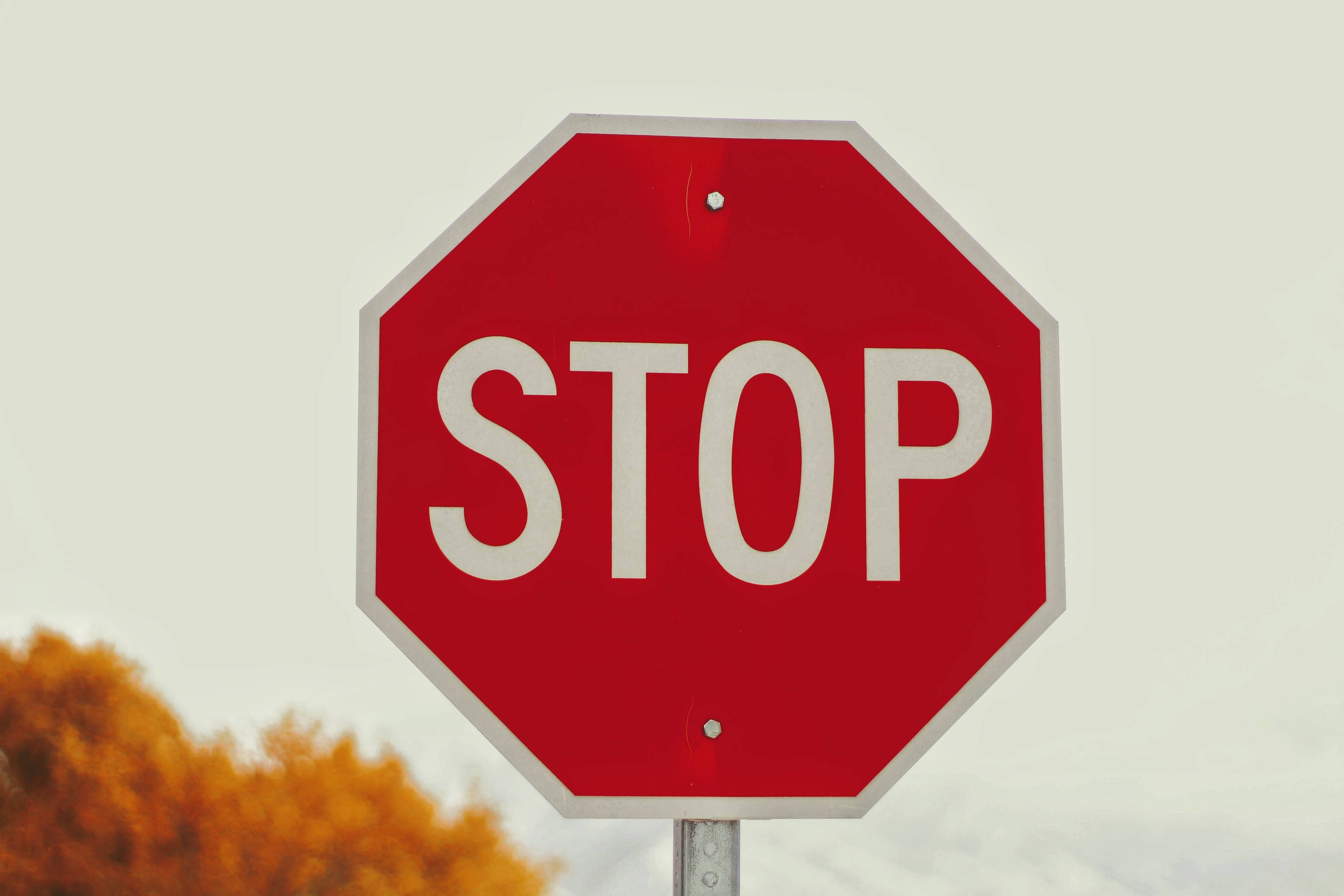 Where you live in Charlotte has a big effect on whether neighborhood safety measures like speed humps, stop signs and lower speed limits are installed nearby.

Charlotte’s traffic-calming policy has been in place since 1997, and remains “very successful and hugely popular with our citizens,” said Tamara Blue, public relations manager at CDOT. But the city’s 1,935 speed humps and 675 all-way stop signs are more concentrated in the wealthier, whiter southeast “wedge” of Charlotte, according to an analysis by Department of Transportation staff. The lower-income “crescent” neighborhoods west, north and east of uptown have fewer such safety devices, regardless of other factors.

The story of how that came to be reflects how even a policy that’s (in theory at least) race- and economically neutral can end up reflecting a city’s underlying divisions. 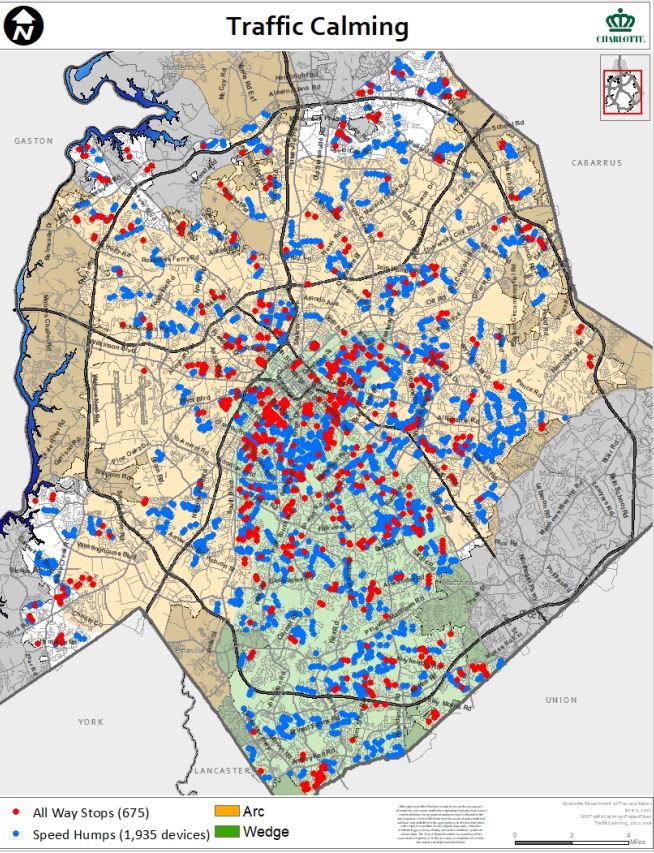 The original policy allowed residents to request lower speed limits of 25 mph on neighborhood streets, new speed humps and new four-way stops at intersections. Residents had to request the traffic calming measures, ensure their streets met certain traffic volume thresholds, and gather petition signatures from the others in the neighborhood.

In 2018, Charlotte preemptively lowered all neighborhood street speed limits to 25 mph and lowered the requirements for a vehicle traffic volumes (for example, the number of cars per day required to request speed humps dropped from 1,000 to 600).

But the petition requirement remained in place. That means anyone requesting traffic calming measures has to gather signatures from 60% of all homeowners within a 1,200-foot radius.

And that requirement systematically disadvantages some neighborhoods, especially those with a high proportion of renters, which tend to be concentrated in the lower-income, higher-minority concentration “crescent” in the city. Getting your neighbor’s signature is a lot simpler than tracking down your neighbor’s landlord to get their signature, especially with the rise in out-of-state, corporate-backed landlords.

“The current policy is written for homeowners and property owners,” said Blue, speaking at Charlotte City Council's meeting Monday. “We know that renters make up nearly half of our residents citywide, and that is significantly higher in some neighborhoods.”

People in lower-income neighborhoods tended to have more trouble gathering the required signatures because they had less time as well.

“They and their neighbors work full-time, overtime and in some instances multiple jobs and shifts,” said Blue.

The end result: An outcome that looks similar to all the other crescent-and-wedge maps showing inequality in Charlotte, even though, in theory, traffic safety measure should reflect safety needs. You can see similar patterns in other transportation infrastructure, like the city's hundreds of miles of sidewalk gaps.

Now, CDOT staff are recommending City Council remove the petition requirement for new traffic safety devices on neighborhood streets. Instead, the city would move to an “objection-based system.” CDOT would send postcards to notify residents near new requested speed humps and stop signs, allowing them to register any objections and appeal within 45 days. If any objections are received, the agency would then decide how to deal with them and proceed.

Council members were supportive of the idea – which Braxton Winston called “a great piece of policy” – and are expected to approve it June 13.

“We're going to go back through all our requests,” said Smith. “The most important thing we want to do is go in and see where we had neighborhoods that did not have a successful petition, but met those thresholds.”