Smart Growth and the 2010 Census 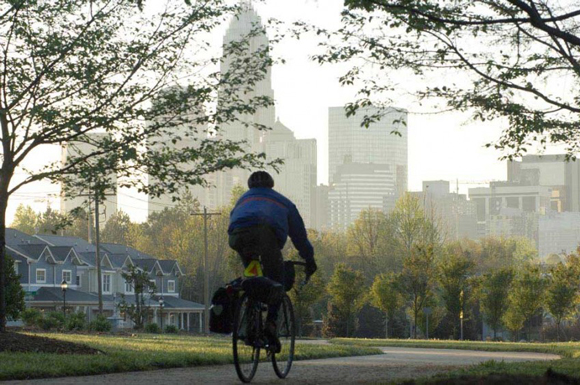 Thursday, May 5, 2011
What did the past decade teach us about Charlotte’s Smart Growth Movement?
Jeff Michael

The following commentary first appeared in the April 29, 2011 issue of the Charlotte Business Journal:

Initial population data from the 2010 Census show that the Charlotte region maintained its status as one of the nation’s fastest growing metro areas.  Charlotte grew to a population of 731,424 in 2010, an increase of 35.24% since 2000.  Mecklenburg County is now home to 919,628 residents, an increase of 32.23%.  The numbers are important to policymakers for issues ranging from political redistricting to the apportionment of federal funds, and are also fodder for local boosters’ promotional materials.

For most of its history, Charlotteans saw growth mostly in a positive light – after all, “Watch Charlotte Grow” was an early Chamber of Commerce slogan that captured the enthusiasm that most citizens of the area felt for the region’s continued rise in population and prominence throughout the 20th century.  That enthusiasm continued unabated until, ironically, Charlotte finally emerged on the national stage in the 1990s with the growth of its banks and the arrival of professional sports teams. 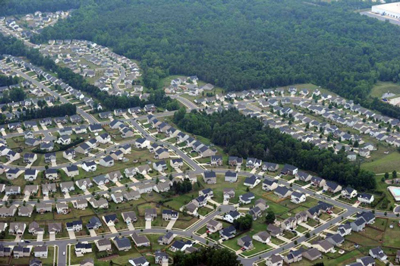 That was also a decade of extraordinary population growth.  Charlotte grew by 36.6% between 1990 and 2000.  The physical manifestation of that growth, primarily in the form of sprawling development, unnerved many residents who felt that the region’s quality of life was being compromised.  According to a recent UNC Charlotte study, the percentage of Mecklenburg’s total land area classified as “developed” jumped to 41.4% in 1996 from 18.1% in 1985.

In response to this dramatic growth, it’s not surprising many of the initiatives that came to be associated with Charlotte’s “smart growth” movement arose during the 1990s.  The Catawba Lands Conservancy was established in 1991 to protect more of the county’s dwindling open space, while the sustainable planning initiative known as Voices & Choices (now defunct) emerged to promote a vision of sustainable growth for the Charlotte region.  And in 1998, Mecklenburg residents voted to approve a half-cent sales tax for transit, including light rail, followed in 1999 by the creation of the Charlotte Area Transit System (CATS).

The smart-growth movement’s focus on taming the negative effects of sprawl remains alive and well in communities throughout the region.  The land conservation movement is flourishing through the work of at least five non-profits, while some local governments have gotten serious about including open space protection in their land use ordinances.  Sidewalks have become standard and essential amenities for communities that want to be viewed as pedestrian-friendly.  And transit systems and transit-oriented development have been embraced not only by left-leaning environmentalists, but by business leaders who see transit as crucial to Charlotte’s long-term economic competitiveness. 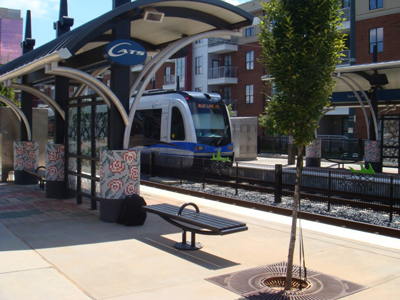 With another decade of rapid population growth behind us, a legitimate question is whether those initiatives have had any meaningful impact in reshaping Charlotte’s growth.  If their intended goal was to alter the region’s conventional pattern of sprawling development, the 2010 Census population data suggest smart growth initiatives were largely unsuccessful, at least in the short-term.  While there have indeed been population gains in many of the census tracts around Charlotte’s core, as well as along planned transit corridors in Huntersville, Cornelius and Davidson (all champions of the smart growth philosophy), the decade’s largest growth continued in sprawling suburban communities such as Pineville (up 117%), Harrisburg (156%), Indian Trail (181%), and Stallings (334%).

Urban growth patterns take many years to play themselves out.  Few would have predicted that the first wave of suburban development following the creation of the interstate highway system in the 1950s would lead to the dramatic shift in American residential growth patterns that followed.  The recent investments made by Charlotte and neighboring towns in smart-growth amenities such as light rail, open space, a regional trail network, and pedestrian-oriented neighborhoods may set the stage for yet another major shift in residential growth patterns.  Rising gas prices, an aging baby boom population, and concerns about environmental sustainability also may contribute to a trend away from traditional suburbia and back to the region’s historic urban cores and inner-ring neighborhoods, retrofitted with smart growth amenities.  However, the best that can be said following the 2010 Census is that the verdict is still out, and that any emerging pattern will not be clear until the 2020 count.

Other articles on this site related to Census 2010: Cities in the Charlotte Region; Mecklenburg Patterns of Residential Segregation.