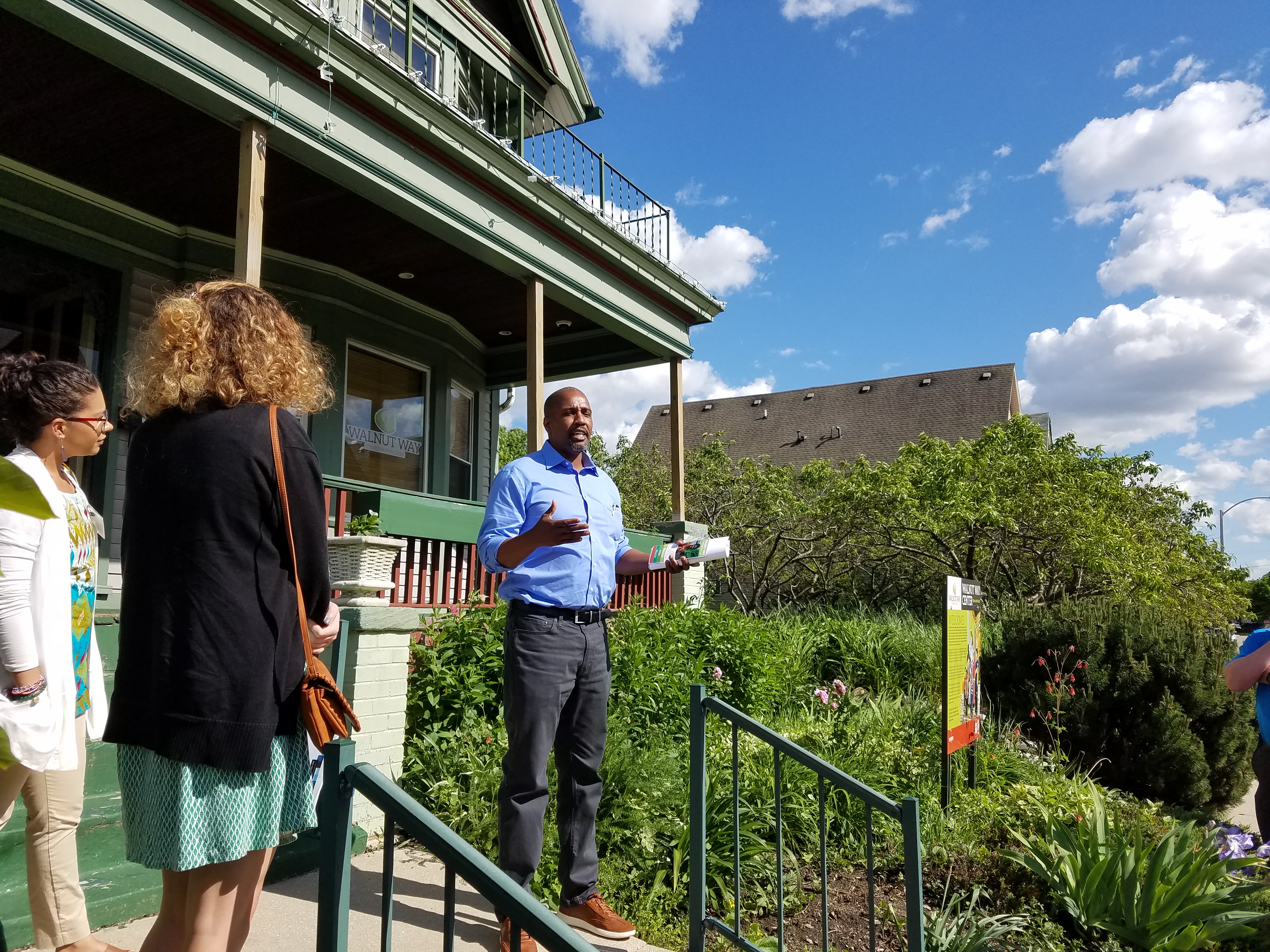 Sometimes it can feel like the world is drowning in data: Big data, data mining, data science, data analytics and other buzzwords have become so familiar as to be cliches.

But the meeting last week of the National Neighborhood Indicators Partnership, held in Milwaukee, was also full of reminders about the power of data to tell stories and inform decision-making. The group is a collaborative effort by the national Urban Institute which brings together local partners (including the UNC Charlotte Urban Institute) to use data to improve communities.

NNIP partners collect data and create tools for the public and policymakers to use, such as the Quality of Life Explorer interactive maps that allow people to see everything from race to median home price to access to prenatal care in Mecklenburg County.

“While there’s a tremendous amount of data out there, how do we translate those metrics or KPIs (key performance indicators) into impact?” said Bridget Clementi, vice president of community health at Children’s Hospital of Wisconsin. “It’s really hard to measure outcomes in neighborhood work.”

Measuring impact and outcomes will continue to be one of the main challenges in using data to inform policy. Here are some takeaways from this year’s NNIP meeting that show how different communities are approaching the issue:

Opportunity zones are a big deal - with a ton of question marks.

Designated in consultation with local governments, opportunity zones offer investors a break on capital gains taxes if they invest in a business or property in certain geographic areas. The new incentive is expected to spark a rush for property and other purchases from investors looking to shelter money from federal taxes.

Charlotte has 17 opportunity zones. Most of them are north and west of uptown, in areas that have historically been home to lower income residents and seen fewer investments in infrastructure, housing and neighborhood amenities. The former Eastland Mall site in east Charlotte is also included, as the city hopes to finally spark a redevelopment plan there after the site has sat largely idle for a decade.

Brett Theodos, of the national Urban Institute, said it’s an open question how much new investment opportunity zones will spur, and how much would have happened anyway.For example, large stretches of the Blue Line extension and surrounding neighborhoods in Charlotte are designated opportunity zones. Those areas have been attracting big investments for years, including more than 5,000 new apartments. The Charlotte Area Transit System has said that about $800 million worth of investments are planned or underway along the extension.

“How many more deals will pencil out that wouldn't have already, vs. how much subsidy will we as taxpayers be providing for deals that would have happened anyway?” said Theodos.

And there’s another potential issue: Tracking investments in opportunity zones. There’s no centralized data collection or public reporting requirements for investments in the zones, and therefore not a great way to measure their outcomes over the coming years.While researchers can track property records such as sales and building permits, those don’t generally list sources of funding. Theodos said data collection will be an ongoing challenge for years to come.

“We may not know where this investment goes,” Theodos said. “This could be something of a black box.”

Creative ways to use data

NNIP partners are using data to map and visualize various aspects of their communities in new ways. Among them:

Vacant lots are a big problem in parts of Milwaukee, a city that has grappled with population decline and concentrations of poverty. The city’s 15th District has over 6,000 vacant lots, officials said.

Walnut Way, a nonprofit, uses some of those vacant lots for a purpose: Community agriculture. The group has planted orchards, built a compost facility, created beds to grow greens and vegetables and established beehives in a part of Milwaukee known more for its poverty than for bumper crops.

Walnut Way sells some of the produce to local restaurants and at farmers markets, and also has a landscaping crew that employs a dozen people and helps fund the group’s operations.