Five things to watch as Charlotte grows in 2022 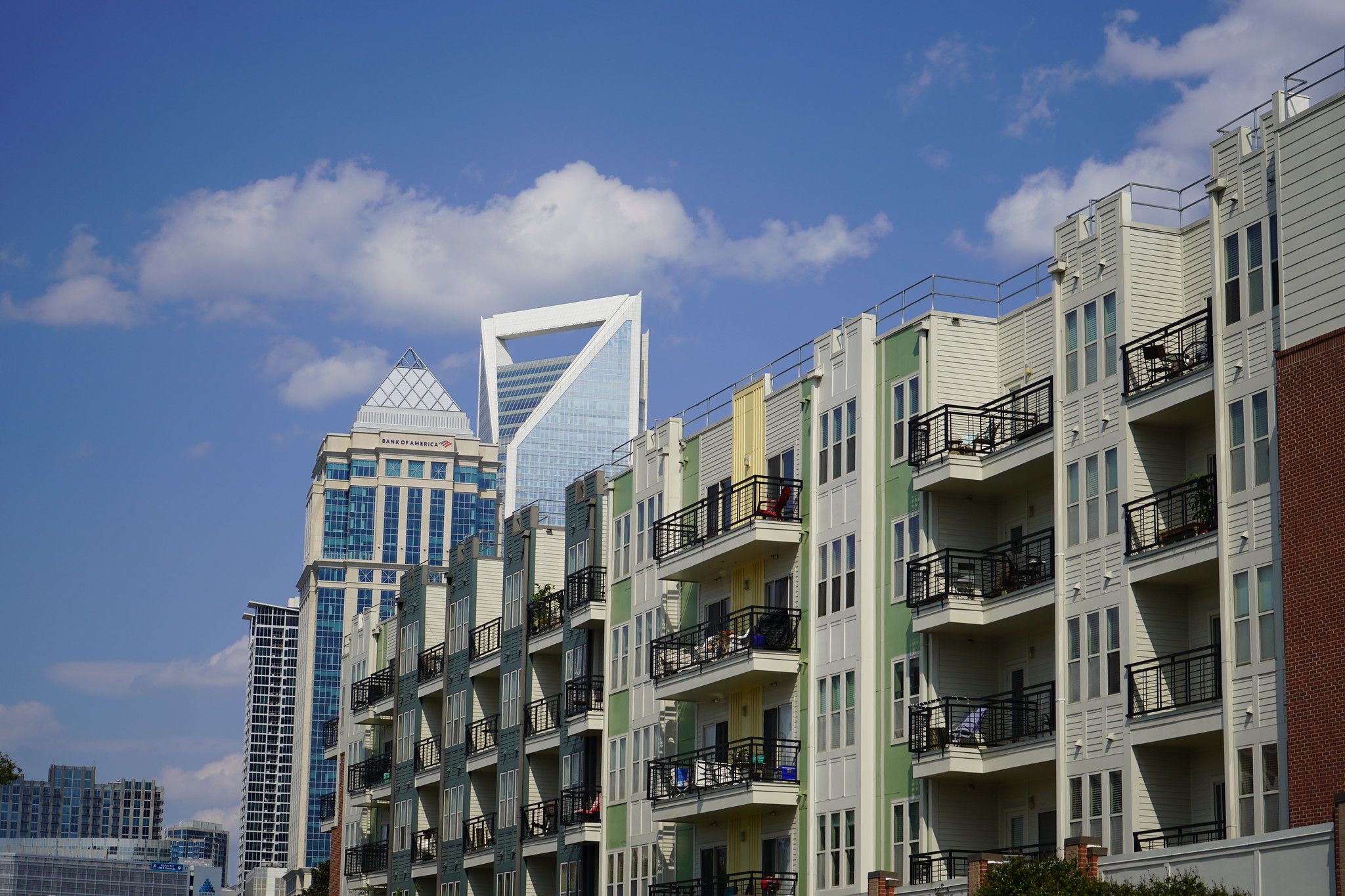 Despite the pandemic and economic uncertainty, 2021 was a banner year for Charlotte, with major developments announced, a long-awaited new vision plan for the city and big – if uncertain – steps towards a new transit plan.

The city’s growth isn’t expected to slow in 2022, but the ways in which Charlotte grows could change. City leaders will be trying to finalize new zoning and development rules, enforce rules about transit-oriented development, work through issues like how to fund new trains and more park space, and balance the ongoing push-pull of suburban and infill growth.

Here are five trends, developments and plans to keep an eye on next year that could set the tone for Charlotte’s ongoing growth spurt.

Charlotte City Council narrowly approved the city’s 2040 vision plan this summer, calling for denser development with no single-family-only zoning, more pedestrian- and bike-friendly streets, and strengthened rules around areas such as tree protection. But next year, Charlotte will have to actually pass the rules meant to make that vision a reality. The city is seeking to update and combine a dozen sprawling, outdated, and sometimes contradictory development rules ranging from zoning codes to stormwater regulations into a new Unified Development Ordinance.

The city released a draft of the new UDO earlier this year, and at 608 pages, it’s not a slim read (planners put out a plain-language summary of the major provisions). But the UDO is what will set the actual development rules. So far, there hasn’t been nearly as much publicity as for the vision plan, but rumblings about developer dissatisfaction have picked up in recent weeks. There are complaints that the new rules are too restrictive and costly, and they’ll make it harder to build.

The final haggling over the UDO will determine how much of the vision plan really gets enacted, and how stringent the rules are. For example: How much of the city’s existing single-family neighborhoods will be exempted by overlay districts from new rules allowing duplexes and triplexes? Will a new permitting system and fees for tree removal on private property remain in place, or be watered down (a majority of the city’s three-acres-a-day tree canopy loss is taking place due to single-family homeowners cutting trees)? And will regulations about how much parking to build be tightened or relaxed? All that will be determined in the UDO.

Along with the new regulations, Charlotte is also seeing an influx of businesses seeking drive-thrus and drive-thru only restaurants. They’re pushing to allow drive-thrus in transit-oriented areas (a use not currently permitted along most of the Blue Line) and seeking to build restaurants with no indoor seating and three drive-thru lanes in more of the city’s neighborhoods. Those would require rezoning, and when developers ask for a rezoning in Charlotte, the city typically says yes. 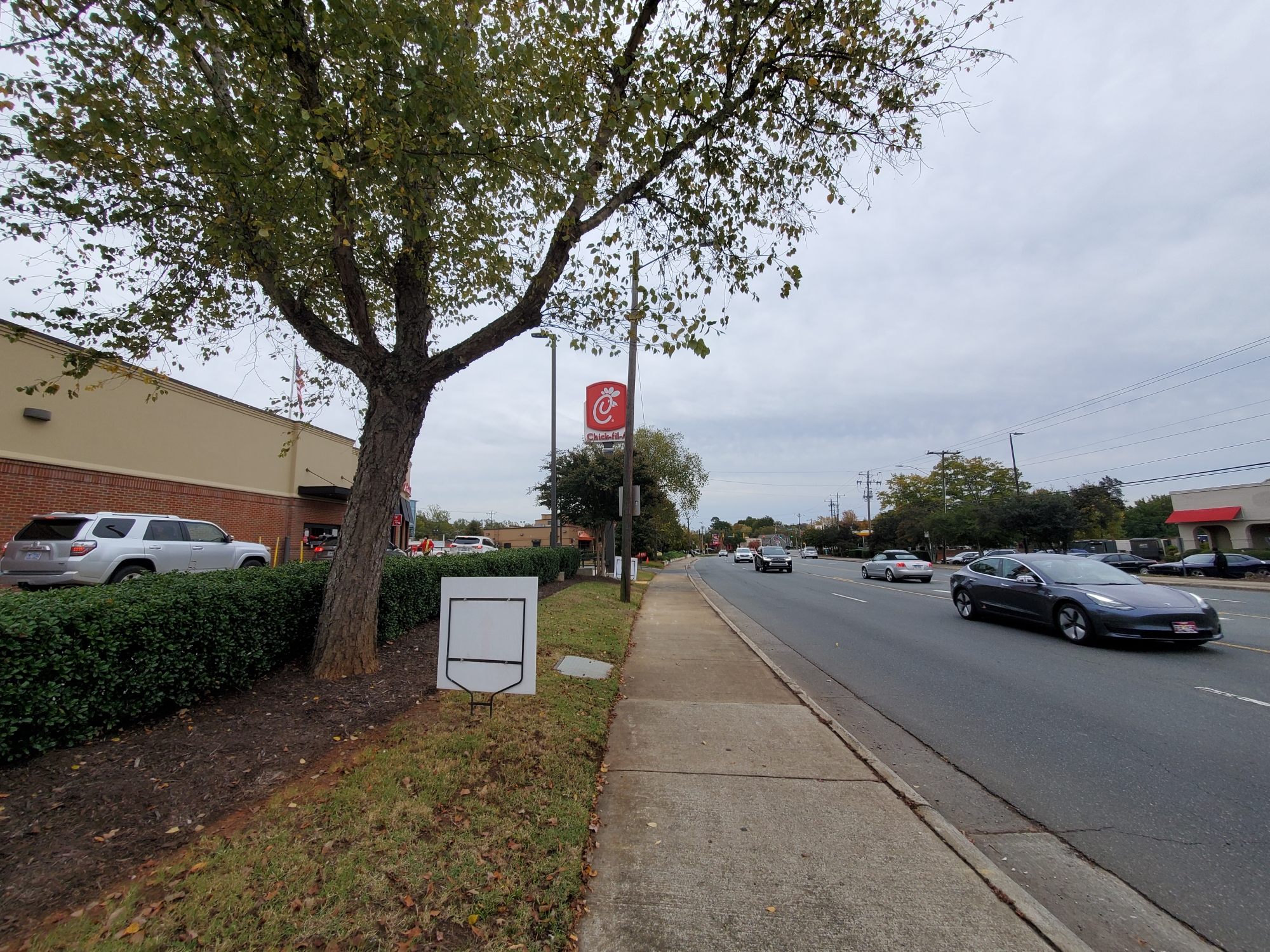 The Chick-fil-A on Randolph Road in Cotswold is one of the restaurants seeking to become drive-thru only, eliminating indoor seating and adding more lanes for cars. Photo: Ely Portillo

It might seem like a comparatively minor matter, but the issue of where drive-thrus are and aren’t allowed will be a test of the city’s willpower in resisting developers and businesses in order to fulfill its vision. Charlotte’s not likely to start moving away from its auto-centric past towards a future of “10-minute neighborhoods” (where residents don’t need cars to get around) if it allows more drive-thru-only restaurants in densifying places like Cotswold. And allowing new drive-thrus to proliferate along the Blue Line and other rail corridors could undermine the city’s intention of building more transit-focused areas.

And developers are likely to ask for more drive-thrus – post-COVID consumers are used to not getting out of their cars and going inside businesses.

Transit questions: Buses? Trains? Where to? And how to pay?

It seems odd, but Charlotte will start 2022 with a lot more questions about its transit plan than the city faced at the start of 2021.

At the beginning of 2021, Charlotte had a new transit plan (Charlotte Moves), an idea of how to pay for it (a referendum for a new, countywide 1-cent sales tax), and a rough idea of when it would be done (around 2030).

Now, Charlotte has a fuzzier plan (Charlotte Moves is being talked about as more of a rough blueprint that could extend to other counties in the region, if partners beyond Charlotte can be enticed), the cost of the plan has increased to more than $13.5 billion, funding is question (the legislature, which would have to approve even allowing a referendum on the 2022 ballot, doesn’t look like it’s on board) and the estimated timeline has stretched out to beyond 2040. The Red Line to north Mecklenburg and beyond is still dead in the water, future phases of the Gold Line streetcar are unclear, and there's precious little agreement amongst city council members about where to go from here.

The Charlotte Area Transit System could still make some quicker investments in transit, like building out its bus system (estimated to carry a $150 million initial price tag and able to be finished in a few years) if local politicians decide to spend the money. And Charlotte is expected to get a new bus transit center and Gateway Station for Amtrak and light rail trains uptown.

But the big focus in 2022 will clearly be how – or whether – the city can finally get its transit plan nailed down and funded. That’s a question that could determine Charlotte’s transit future for the next two decades and beyond.

Mecklenburg County has long scored near the bottom in national rankings of park access and funding. And as Charlotte continues to grow, development will encroach on more and more of the county’s remaining green space, putting pressure on local governments to keep up and expand parks, greenways, and nature preserves.

The issue came up recently at a November rezoning hearing. County commission member Elaine Powell addressed city council members about plans for a new development that will bring millions of square feet of warehouse space and hundreds of new dwellings to a site between Mallard Creek I-85 and I-485. The development would cover 281 acres of mostly wooded, undeveloped land.

Powell told city council members that the area is a gap in the county-run parks system, and that the new development needs to include park space if that gap is ever to be filled.

“Parks are critical infrastructure for the health development of our community,” said Powell. “It’s a priority to get park space because it’s so difficult in gap areas.”

Powell’s comments were somewhat unusual, because county commission members don’t typically appear before city council to voice their concerns about proposed developments (the city handles almost all rezoning requests). But Powell was voicing a problem that will only become more acute in the coming years: Even as the county tries to catch up and increase funding for its parks and open spaces, the areas to build such facilities and preserve open space are increasingly limited in fast-growing Charlotte and Mecklenburg.

The call of the burbs

New towers and major urban developments like the Atrium-Wake Forest medical school neighborhood or the possible new Carolina Panthers stadium get most of the flashy headlines. And that makes sense in Charlotte, a shiny, “New South” city long intent on making it to the big leagues.

But that can make it easy to forget how much of the action is still in the suburbs. Charlotte is a sprawling place, spread over more square miles than New York City. And unlike many older cities, Charlotte is still annexing land around its edges – the past three years alone have seen Charlotte add roughly three square miles, and there are thousands of acres still available.

That new land doesn’t just include acres and acres of cookie-cutter suburban subdivisions. The land around Charlotte’s perimeter is being developed with millions of square feet of warehouse, office and industrial space, as well as new shopping centers and, yes, thousands and thousands of houses and apartments. Whole new edge cities like the River District west of Charlotte’s airport (which is planned to be larger than Ballantyne at its completion) are set to spring out of the undeveloped areas along Charlotte’s periphery.

In the post-pandemic world, with many people commuting to work less often and more open to living farther out for more space, development along the city’s fringes is only likely to intensify. And – as in the case of drive-thrus – market pressure will often be in conflict with the city’s goals of a denser, more walkable and bike-able, less car-dependent future.