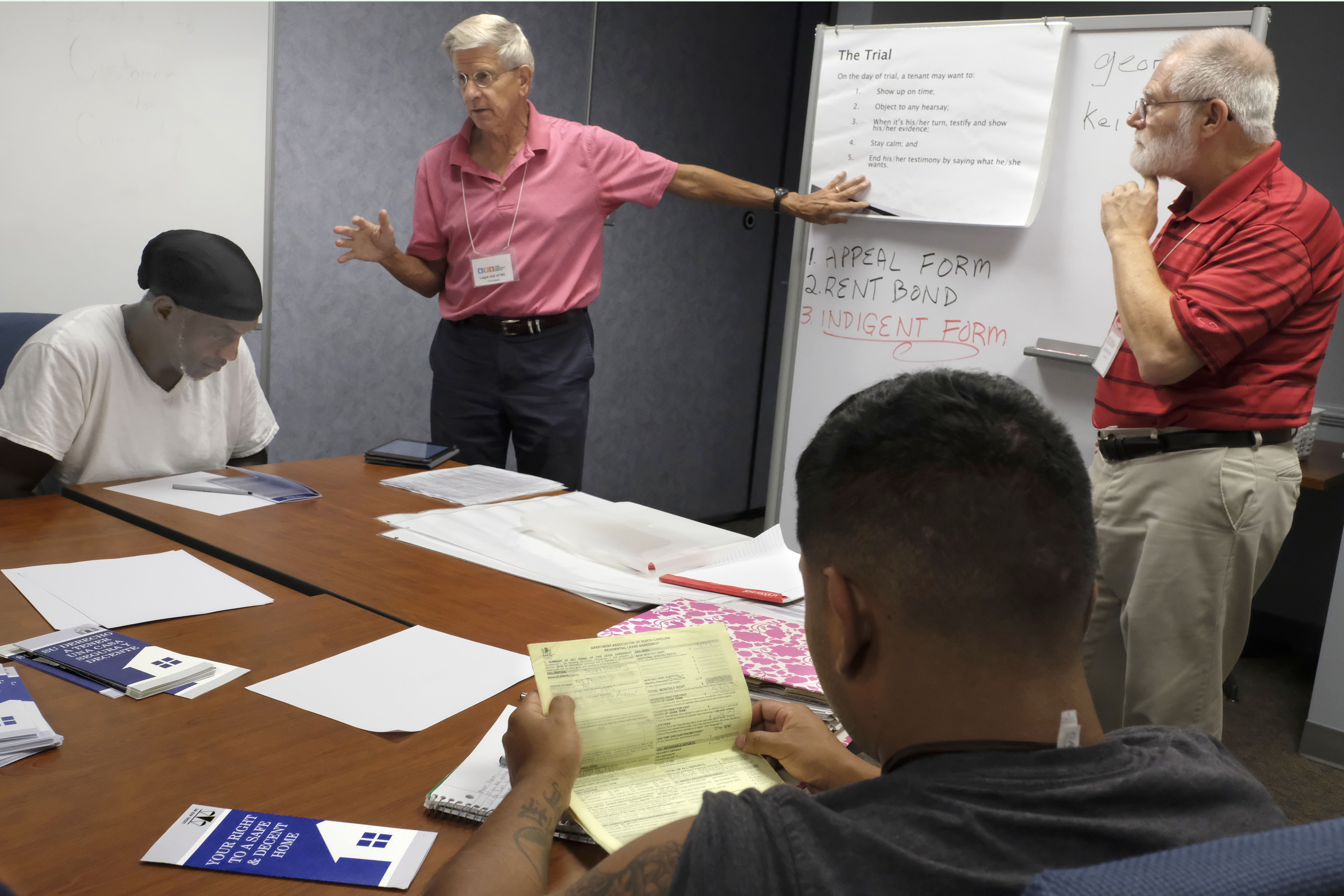 UNC Charlotte Urban Institute Director Jeff Michael enjoys telling a story about one time he nearly made a big mistake. In 2007, Michael wanted a way for the institute to promote its work and publicize urban policy issues affecting the Charlotte region.

What about a print journal? he asked his staff.

While no one groaned audibly, younger staff members convinced him that an online publication would be a smarter way to go.

Today, the Urban Institute’s community engagement has earned a national reputation among applied public policy programs. “They’re ahead in a lot of ways – the way they use social media to share their work, to help people think of ways to take action,” says Linda Hoke. She  directs the Consortium of University Public Service Organizations, which includes 40 centers and programs in 28 states. “That’s an area where we’ve really turned to them for some leadership.”

Michael was also familiar with the Urban Institute, a respected institution that didn’t require a major overhaul. “I knew that I needed to step back, to help sustain and nurture programs that had been established,” he recalls.

But he also believed the institute needed to be open to change. He’d arrived amid a technological revolution that was transforming both academic research and information consumption. “It was clear the world was beginning to change around us,” he says.

The institute revamped its website, and by 2010 it was offering a more journalistic platform with timely stories on regional issues such as land use, demographic changes and economic policy. In 2011, Michael hired an experienced journalist, Mary Newsom, to direct urban policy initiatives — a new position that launched an era of robust public engagement.

Newsom, formerly associate editor at the Charlotte Observer, had been the newspaper’s expert on issues such as land use and urban design, a journalist who could explain New Urbanism and cite Jane Jacobs’ Death and Life of Great American Cities. In her new job, Newsom began soliciting articles on a range of urban topics by many writers, working to bring a journalist’s eye to the published content.

She also produced stories highlighting the urban policy research UNC Charlotte was producing. “Jeff had an idea that better communicating would be helpful to the region and to the Urban Institute, as a way to make sure that the research we were doing was not vanishing on a shelf somewhere,” she says.

In 2008, UNC Charlotte’s Center for Transportation Policy Studies, a resource for transportation policymakers, became part of the Urban Institute. In 2012, the institute launched a second website, PlanCharlotte, focused on planning and growth. Charlotte had become one of the nation’s fastest-growing cities, and the website’s content, disseminated via e-mail newsletters and on Facebook and Twitter, gained a following, particularly among policymakers, journalists and neighborhood leaders.

As the decade continued, the Urban Institute found fresh ways to engage with the community.

From 2014 to 2017, for instance, it partnered with the university’s College of Arts + Architecture and Lambla artWORKS to focus on environmental topics using research, writing and visual arts. The result: KEEPING WATCH, a four-year project that used data, art and storytelling to spotlight regional environmental issues. Topics included plastic waste and recycling; water quality and Charlotte-Mecklenburg’s urban streams; air quality and tree canopy; and wildlife habitat in the urban ecosystem.

One memorable component was artist Andrea Polli’s “Particle Falls,” an art project that measured real-time particulates in the surrounding air, then translated the measurements into a waterfall of blue light projected on the side of the UNC Charlotte Center City building on Ninth Street. When the particulates increased – when a diesel truck drove by, or cars sat idling, for instance – the building began to sparkle with yellow and orange “particles,” a dramatic depiction of invisible dangers in the air we breathe.

In 2017, to educate the community about the role evictions play in perpetuating poverty, the institute helped sponsor a lecture by Matthew Desmond, author of the Pulitzer Prize-winning Evicted: Poverty and Profit in the American City.

The talk capped a year-long eviction research partnership with Mecklenburg County that showed a disparate number of evictions in African-American neighborhoods. It also showed that most renters, unlike landlords, had no legal representation in court. The project helped convince the county to spend $300,000 – and $800,000 more this year – to provide legal representation to tenants facing eviction. The project also won the G. Thomas Kingsley award from the National Neighborhood Indicators Partnership, recognizing exceptional public service.

Every May, the institute also offers City Walks, a series of citizen-led strolls designed to introduce residents to Charlotte’s history and culture. Newsom launched the annual event in 2012 with historian Tom Hanchett leading a “munching tour” of Central Avenue, a diverse area packed with international groceries and restaurants. In a city full of transplants eager to learn about their home, the program became a hit.

And in 2018, the institute’s first director, Norm Schul and his wife Marianne, endowed a new annual forum to address regional policy issues. The first Schul Forum is set for Nov. 21, and will address the findings of the institute’s Carolinas Urban-Rural Connection project.

Newsom retired from the institute in 2018. Ely Portillo, a former Charlotte Observer reporter, arrived in 2019. He’s continuing Newsom’s work and adding his own stamp. And the institute’s urban-focused journalism has become more important than ever, offering accurate stories on topics such as transportation, gentrification, historic preservation, segregation, bicycling, walkability, transit, farming, food, development and economic mobility.